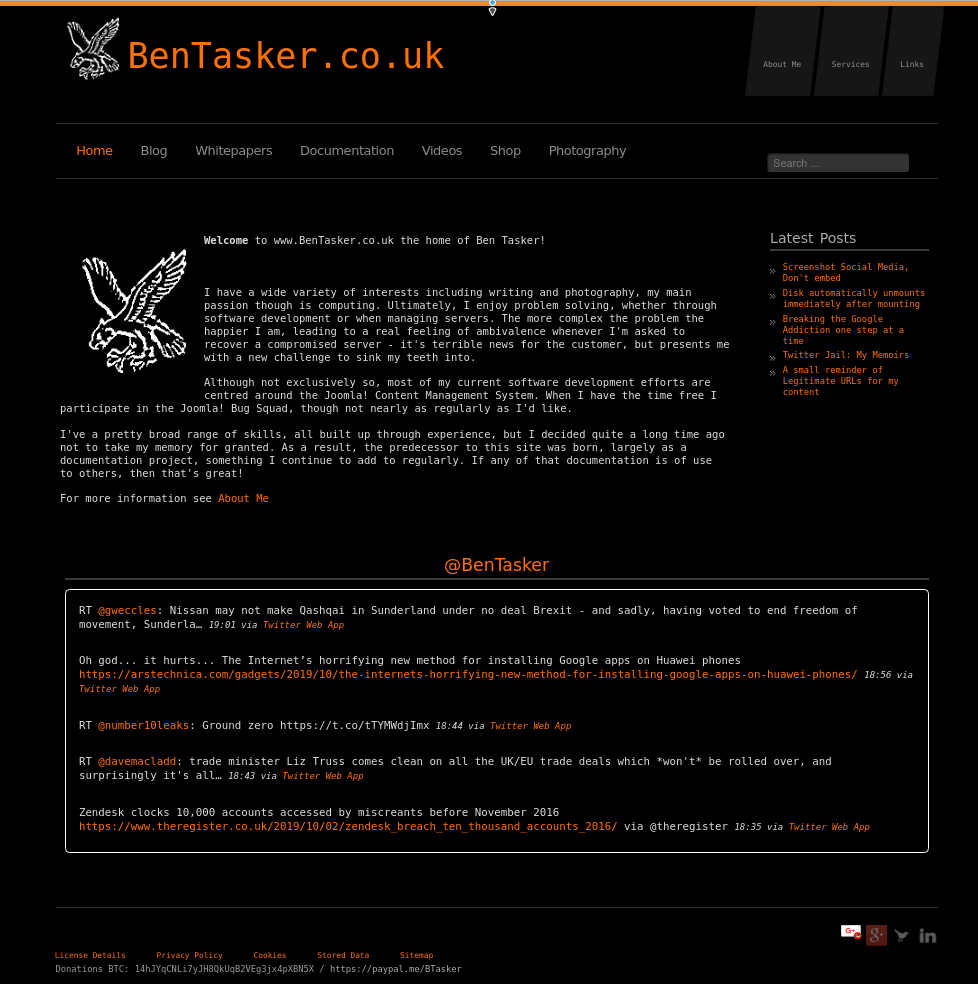 BenTasker.co.uk was migrated to Joomla 3 in March 2013

An entirely new template had to be used for Joomla 3 due to the old one not being compatible, but the original build continued the tradition of light text on a black background.

Going from the 2.x branch of Joomla to 3.x was a big step - whilst the upgrade itself wasn't as painful as from Joomla 1.5 - 2.x, extension compatibility was a serious issue.