You will require the following

It's also helpful to have

The process is actually relatively straight forward. There's some air intake stuff in the way so that needs removing first, there are 5 bolts (10mm) head to remove, arrowed below 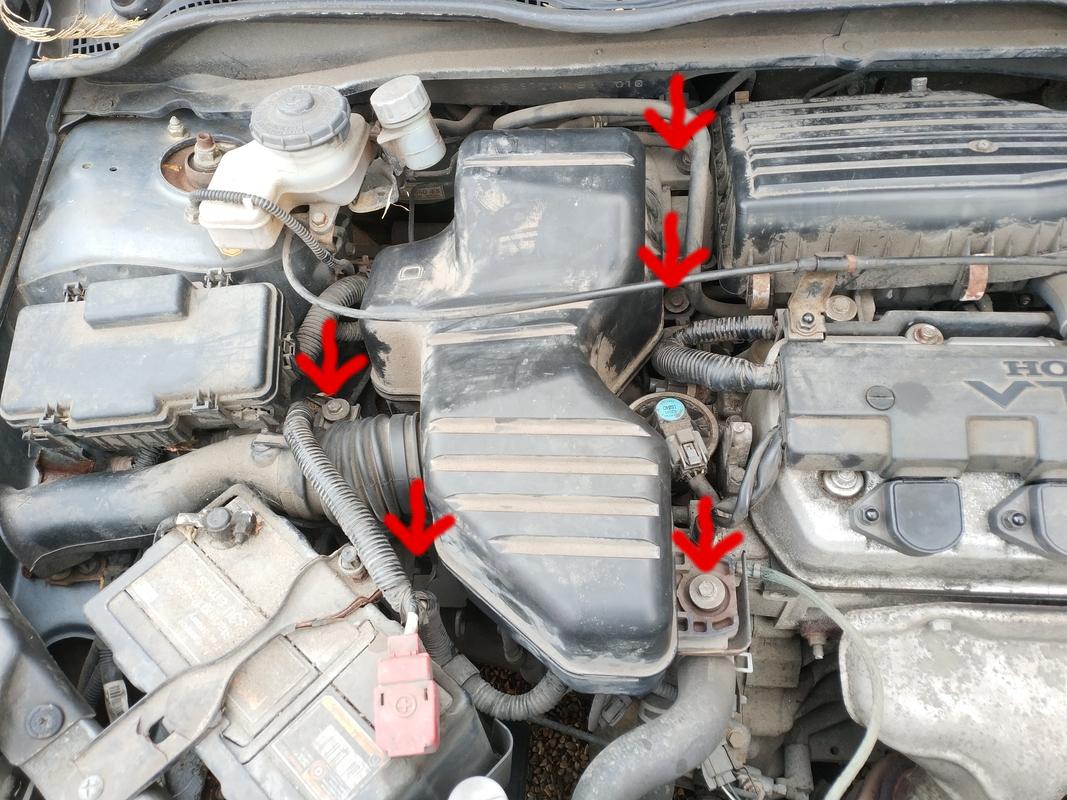 Once these are removed, we need to make a little bit of space to be able to work the assembly to one side.

Carefully unhook the cable mount from the air feed (i.e. the tube on the left), and work the rubber boot off the rest of the assembly Just push the boot down like I have above

Next, the assembly needs to be pulled out of the air filter box, so pull it gently to your left, and then tip it slightly to move it out of the way 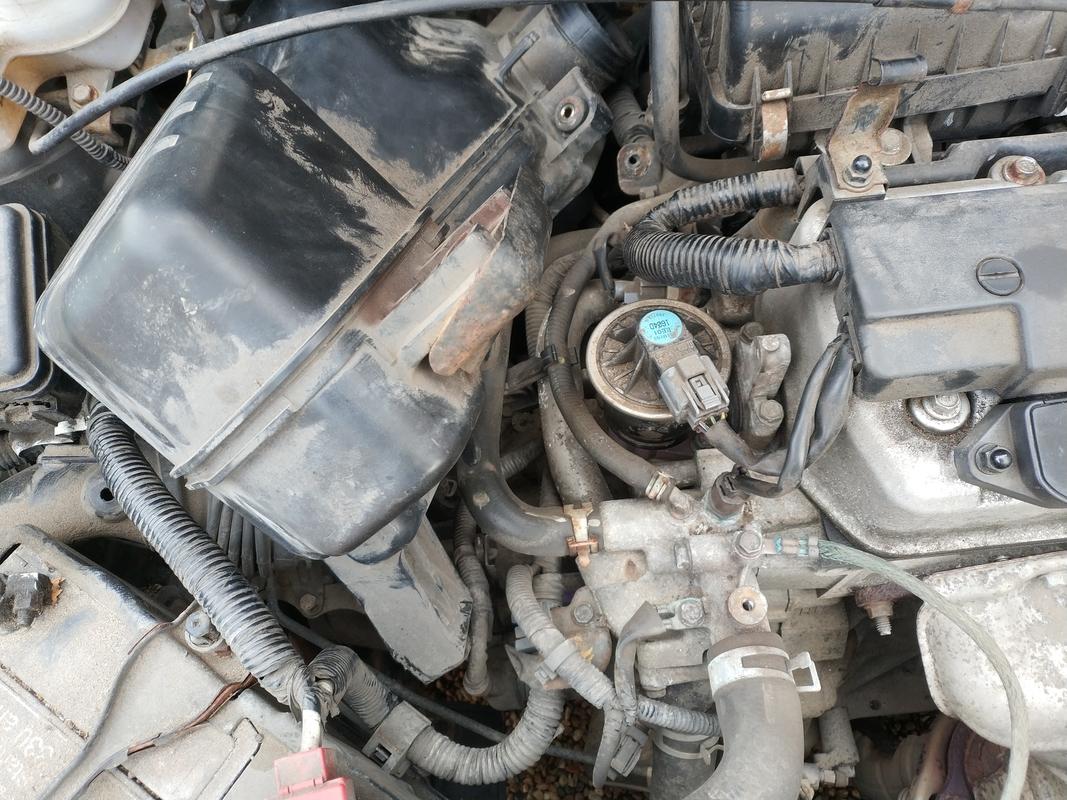 You should now have reasonable access to the EGR (or, at least, the best you're going to get). Unclip the cable from it 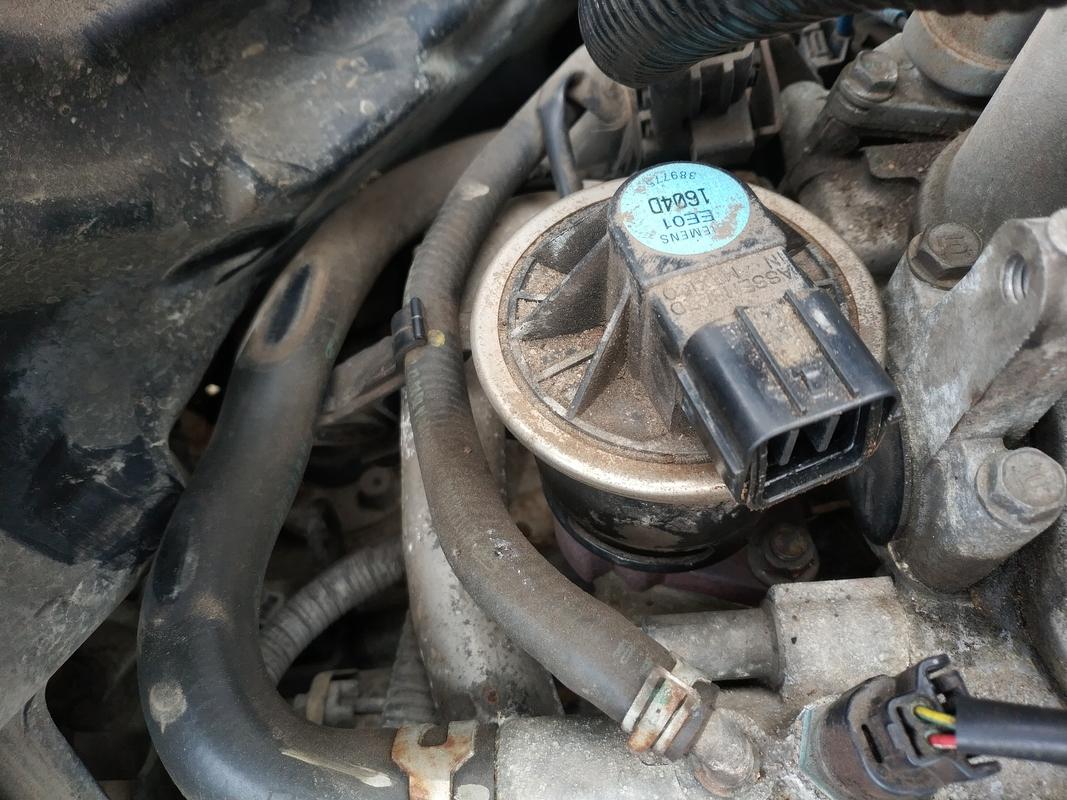 You can't really see them above, but there are two nuts holding the EGR valve in place.

These are 12mm but are a bit of a pain to get to as you have to come in at a slight angle (increasing the risk of rounding). There isn't really the access to use a flat spanner either. Using a shallow 12mm socket helps reduce the risk of rounding as you can then angle your extender bar rather than the socket itself (at least to some extent).

I found the one nearest the back of the engine was very tight and my socket kept slipping, so I used a 12mm extractor socket instead (the socket bites into the nut), just for long enough to crack the rust.

You may need a pair of long nose pliars on hand to rescue the nut after it's come loose, unless you've got very long thin fingers (or manage not to drop it). Try and avoid removing the valve to rescue the nut though, as you don't want to risk knocking it into the engine.

Eventually, you should just be able to lift the EGR valve away, remove the gasket if it's still there (you can see clearly where the nuts would be positioned in this pic too) 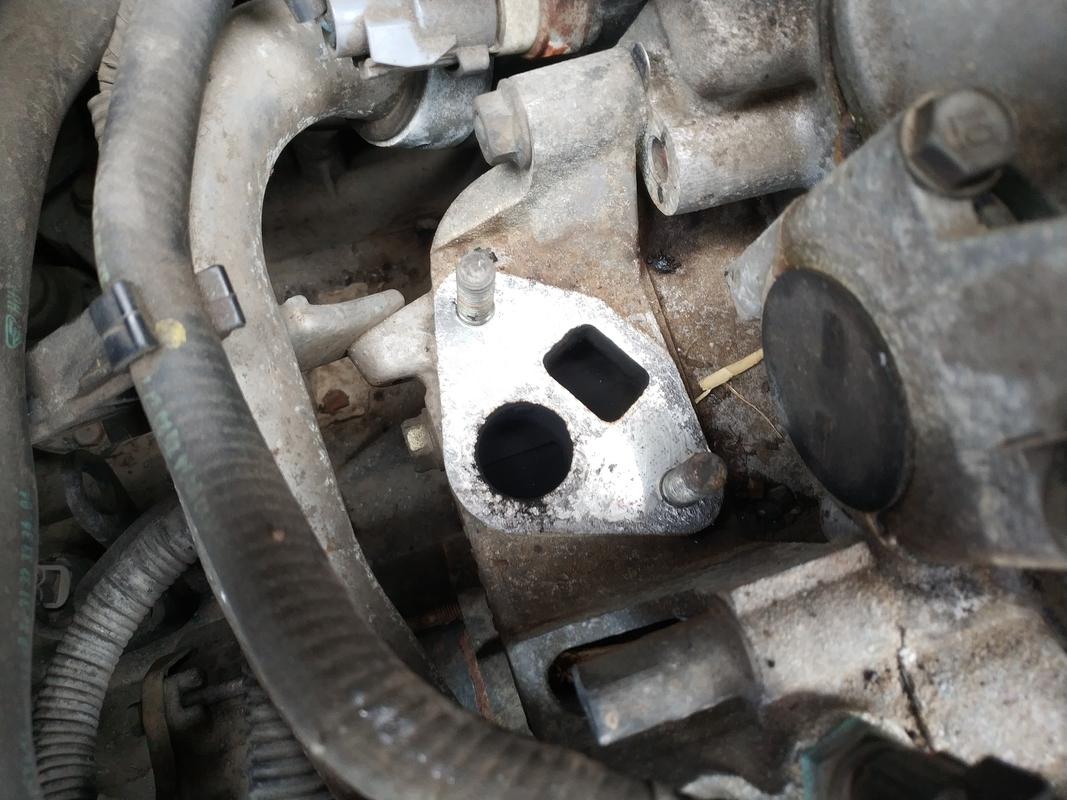 Look inside the holes for signs of excessive build up, if there is some you can carefully chip it away with a flathead, then use your hoover to suck it up.

It's also worth giving it a good dose of carb cleaner and then letting it evaporate.

If you're planning on just cleaning your existing valve, then this is where you deviate slightly. Otherwise get your new EGR valve and gasket 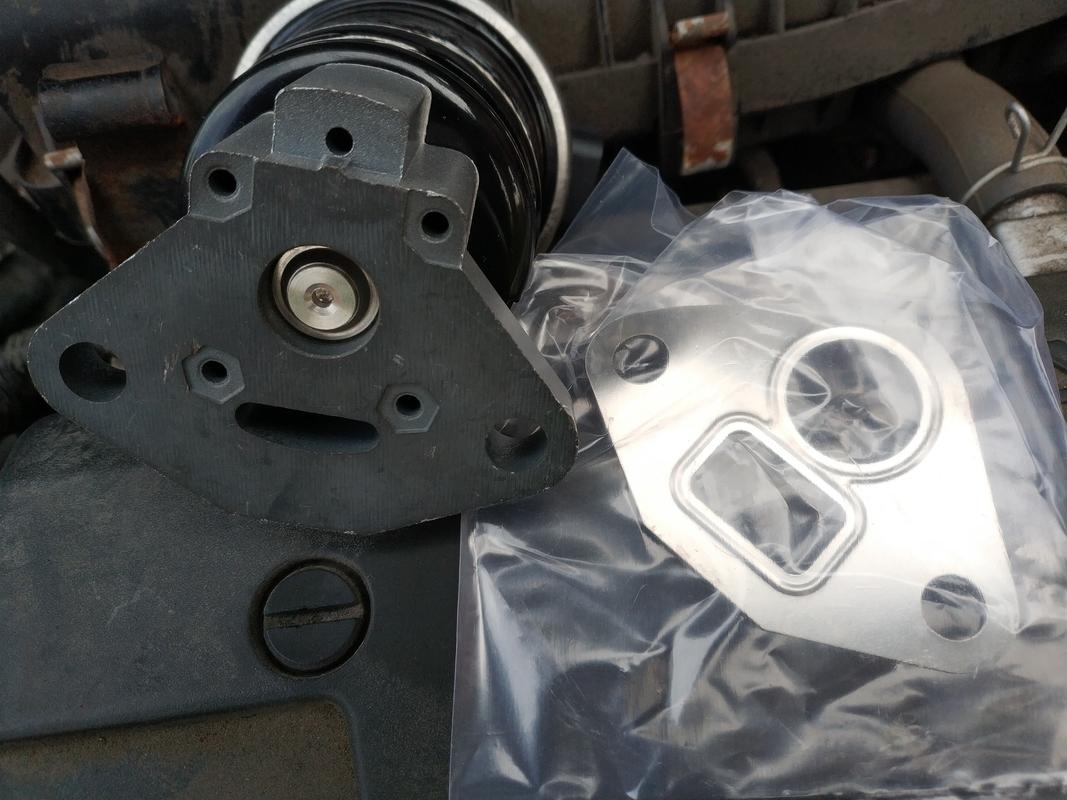 Put the gasket in place, and then sit the EGR valve in place.

Getting those nuts back on is fiddly. It's best to start with the one nearest the front of the car - primarily because if you drop it there's a recess which means you may need to lift the EGR back out to rescue your nut. You need to try and hold the nut into the socket with the tip of your finger until you've pressed it down onto the shank.

Once you've got those nuts on, refitting really is the reverse of removal. Don't forget to reconnect the wiring.