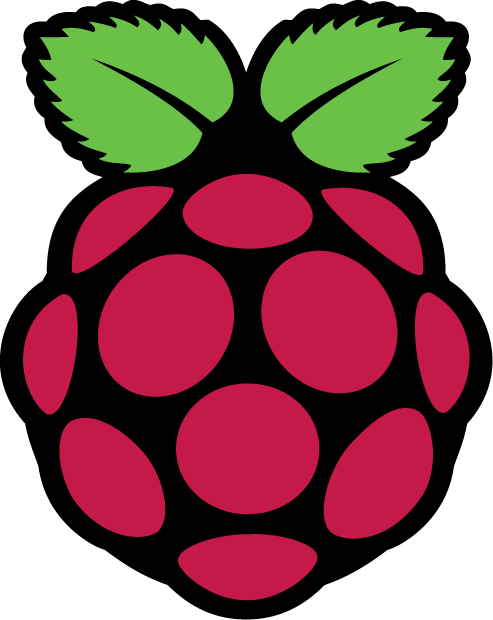 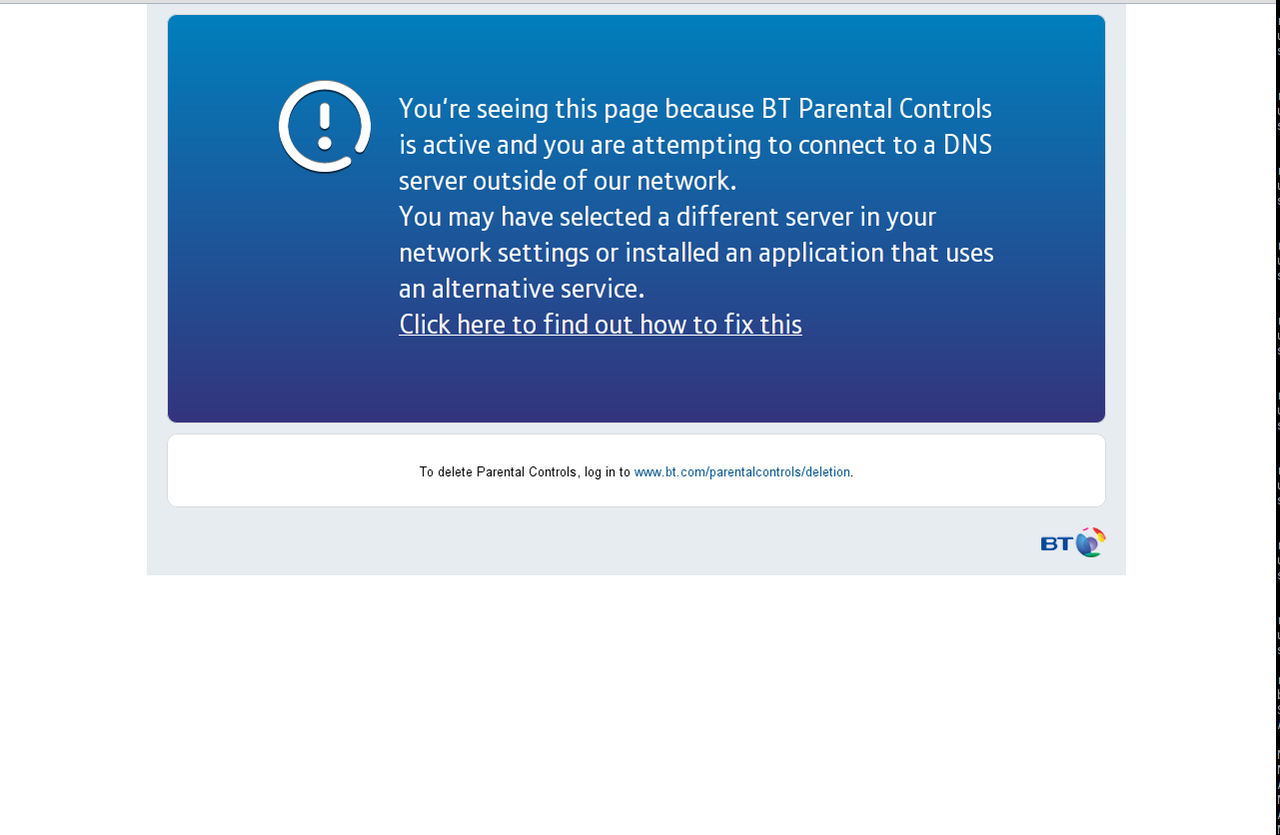 The problem  is, whatever you think of their motives, it's generally poorly implemented and interferes with the end-users browsing experience, even when it's not supposed to (the image to the right appeared with filtering off! - click to enlarge).

As we've been Usurping the BTHomeHub with a Raspberry Pi, we're going to take a brief break to implement some useful functionality that the HomeHub didn't provide.

In this Part, we're going to configure our Raspberry Pi to connect to an OpenVPN server and route some of our traffic over the tunnel - depending on the destination IP (i.e. Split tunnelling). This will allow us to easily bypass the troublesome content filtering, whilst not un-necessarily introducing any latency to any connection that is (for the time being at least) unaffected by the filters.

Note: We'll be manually specifying the connections that are routed via VPN, so that we can 'whitelist' mistakes such as the EFF and Wikipedia, whilst still being 'protected' against other filtered pages.

Unless otherwise stated, all commands need to be run as root

We need an OpenVPN Endpoint

The first step is obvious, you need an off-net OpenVPN server, if you don't have one but have a VPS/Dedicated server, follow the relevant guide to installing OpenVPN.

The idea, longer term, is that we'll have a simple management interface allowing us to identify traffic that needs to pass over the VPN. As a result, we can't simply run OpenVPN as a service, though we do need it installed. So start by installing OpenVPN and lynx (which we'll be using for testing)

Next we'll grab the management script

Now that we have a OpenVPN server to connect to, we're going to add the connection config to our Pi. During the setup of your OpenVPN server you'll have created some keys and (possibly) a configuration file. We need to put these on the Pi and amend the config file ever so slightly.

We're going to call our VPN endpoint Gateway - you can change the name, but ensure the containing directory and the config file use the same name (it's case sensitive)

Our next step is to edit (or create) the configuration file.

Essentially the change we're making to an existing config file is to add route-nopull and daemon. We want the Pi to make the decisions regarding which traffic goes over the VPN, so need to ensure we ignore the routes that the OpenVPN server suggests. Daemon just ensures that OpenVPN forks into the background

To begin with, let's make a note of the current routing configuration

Now we're going to start OpenVPN, and should see that the routes don't change. To aid in debugging, we're quickly going to disable the daemon declaration in the configuration

We should now see OpenVPN successfully establish a connection to the remote server,

We'll want to keep that connection open for the time being, so open another SSH connection.

Now we're going to add a route so that connections to www.whatismyip.com get routed via VPN. Let's start by verifying that we can connect

Note: The Useragent definition is needed as whatismyip appear to have blocked Lynx

We should find that our Home IP appears within the page;

Now, we're going to force the connection through the VPN. First we need to establish the IP's that need to be routed

So we want to route for 141.101.120.15 and 141.101.120.14. This is where the information we gleaned from our OpenVPN connection output becomes important, we need to use the gateway information to build our route

Now, if we connect via Lynx again, we should see the public IP of our VPN endpoint. To enable the same functionality for LAN clients, we just need to throw a quick NAT rule at iptables - this time rather than using the VPN gateway IP we're using the IP we were assigned

Any LAN Client using the Pi for routing (which, if you've followed Part Three, should be all of them) should now be able to access WhatIsMyIP.com and see the IP of the VPN endpoint

We've achieved what we wanted to do, but via manual process. Really, we want the Pi to do the work of making sure the tunnels are open and assigning routes accordingly.

The scripts we cloned from GitHub earlier do just that. So let's get them set up, start by disconnecting the OpenVPN session that we left open.

To begin with, let's put OpenVPN back into daemon mode, so in our configuration directory we need to run

Next, we want to tell the management scripts about the connection

If we wait a few minutes, we should see the VPN link come up

To add whatismyip, we performed a DNS lookup to get the relevant IP addresses. However, the add_vpn_routing_by_name script will allow us to simply pass the hostname. At time of writing we do need to supply some additional arguments - the Gateway IP to use and the IP to NAT from. Based on the commands we ran above these will be 10.14.0.5 and 10.14.0.6 respectively

Whenever the rules are refreshed, a DNS lookup will be performed against whatismyip.com and the resulting IP's will be used to define the routing.

Alternatively, if we already know the IP (and are sure it won't change), we can use add_vpn_routing_by_ip. It takes the same arguments as the _by_name script, except that it expects an IP instead

When Tunnels Go Down

Sometimes your VPN tunnels will go down, perhaps as a result of issues communicating with the OpenVPN server. When the tunnel collapses, the routes will be purged and clients will communicate with sites directly rather than over the VPN. Keep in mind then, that the methodology we've used here isn't really suitable if you're wanting to route over a VPN for purely security reasons.