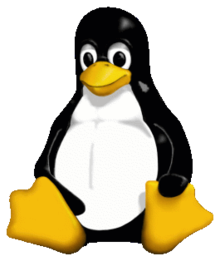 A lot of people have updated to the latest build of Kubuntu, but those with Intel graphics cards may be finding that KWin crashes regularly. This documentation details how to identify whether it's an issue with intel_do_flush_locked, what this means and how to resolve it until an official fix comes out.

Firstly wait until KWin has crashed (your windows will lose their headers and your taskbar will dissapear), based on the systems I've seen exhibiting this issue it won't be long.

Now press Ctrl-Alt-F2 to switch to a virtual terminal.

Login using the same username/password you log into KDE with.

You'll see some output. Now press Ctrl-Alt-F7 to switch back to KDE. You should have everything back. Do whatever you were doing until it crashes again.

Ctrl-Alt-F2 to switch back to the VT. Now look at the output, in most cases the last error will be

Basically, the call 'intel_do_flush_locked' isn't supported in earlier kernels (such as the one that ships with K/Ubuntu), so the system is trying to run a command that just doesn't exist (in simple terms).

To get around it, we need to disable OpenGL as most of these calls are coming through MESA. So on your KDE desktop

The issue should have gone away. Hopefully a kernel update will be out soon which will include the missing call. Until then unfortunately it means you have to cope with minimal or no desktop effects.