I remember being told (in fact, you still hear it said today) that Linux has problems with hardware support - you'll buy kit and find you can't use it on Linux. It's not really been true for quite some time, but an experience over the weekend made me think about it.

I have a Canon Canoscan Lide 60 Scanner, I've owned it for somewhere between 12-15 years. It's about as portable as a flatbed can really get, and still up to scratch for the vast majority of scanning needs (I have actually since got a Brother DS-740d for more portable needs, but some things really do need a flatbed.) 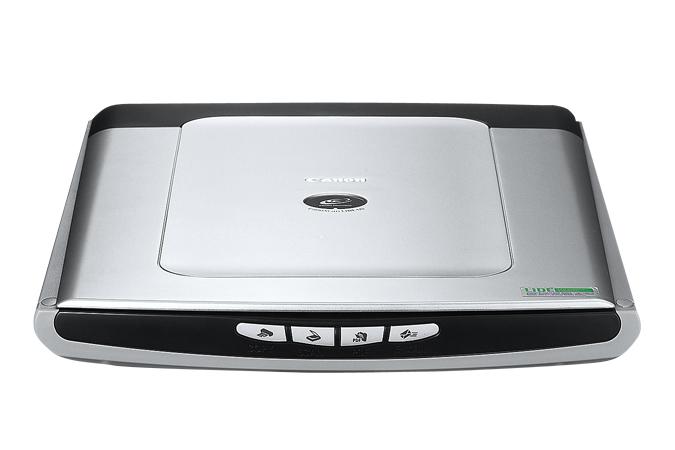 Even back when I bought the Canoscan, using it on Linux wasn't much of a challenge.

Although Canon didn't support Linux, SANE supported it out of the box, so with a simple apt-get (actually, it's possible it might have been an rpm -i back then) I was up and running. Despite multiple desktop replacements in the ensuing decade, I've never really thought much about being unable to use it: until this weekend.

A family member was having issues with their scanner - a horrible thing built into a crappy HP printer (I'll not even getting started on HP's decision that you need to sign into a HP account in the app to scan). The issue was that the sheets they were trying to scan had a glossy texture and so slipped around on the rollers - prime territory for a flatbed.

But, we hit a problem: they run Windows 10 and Canon stopped supplying a driver for the LiDE 60 after Windows 7.

On the face of it, it's a little hard to blame Canon for that: when the LiDE 60 hit the market, Windows 98 was still extremely common and XP had only been on the market for about 3 years. You can't support a product forever, and this one is well over a decade old.

Except, it turns out that with a bit of jiggery-pokery to get around signing, the Windows 7 driver works on Windows 10. All Canon would have needed to do to support the hardware on Windows 10 is to sign the driver.

In this case then, the tables-of-old have turned: it's Windows that the manufacturer won't support, whilst Linux users carry on scanning unimpeded. I'm not the only one to have noticed this 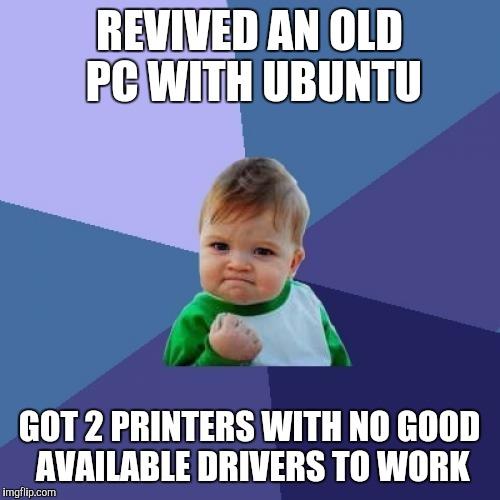 It's also not just old hardware that gets an improved experience.

When my DS-740D arrived, I simply plugged it in and fired up xsane. Lending that same scanner for use on Windows meant having to find drivers, run the gauntelet of making sure you got the installer without bloatware and then installing them (though, unlike the days of old, no reboot required - Windows has improved over the years too).

So, even for more modern hardware (graphics cards not withstanding), we're now in the position where it's Windows users who have to put up with the will-it-wont-it arseache of old. On the upside, at least they've avoided the soul-crushing pain of using a Mac as a daily driver.

Snark aside, there is actually a semi-serious point here.

Even if some dispute the scale, we all understand that our waste has an environmental impact. Yet we continue to live in a world where working peripherals are being thrown out because the system they're connected to has been upgraded and no longer supports them.

One of the things that I think Open Source Software (OSS) is particularly good at, is providing support for older hardware - so long as there's a community of users, there will usually be someone willing to make occasional changes as and when they're needed. Then you have projects like SANE which take that to another level, providing a common API that can be used speak to weird and wonderful backends supporting a massive range of hardware.

On the proprietary side, hardware manufacturers often want to keep their drivers secret/proprietary in order to avoid revealing their tricks/secrets to their competitors. That's a perfectly understandable position within a competitive capitalist society.

But, there's also no good reason that manufacturers could not, when they EOL a product, contribute those drivers to an opensource project, allowing users to continue using working hardware. As well as delivering improvements, the OSS project could take care of newly introduced requirements like driver signing.

Of course, that wouldn't meld particularly well with business models built around planned obsolescence, but we already know the harms that that model causes, it's just that we tend to talk about it in terms of always having the latest phone/iThing.

There are a few take-aways in this fairly rambling thread