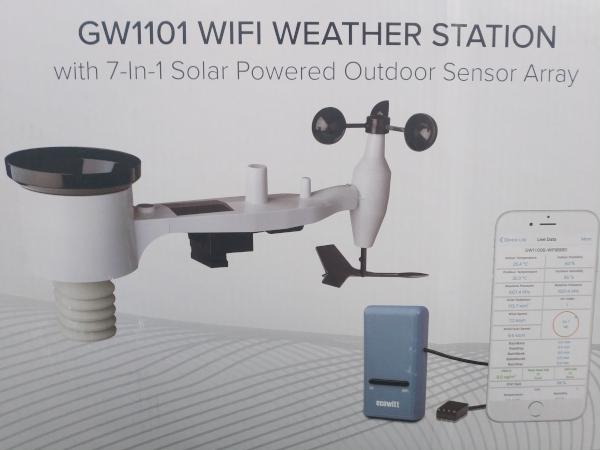 It comes as a kit, consisting of an EcoWitt GW110 Gateway and an EcoWitt WS69AN 7-in-1 Weather station.

It's advertised as being able to write into WeatherUnderground as well as EcoWitt's own service, so I figured I'd probably be able to do something to catch its writes and get them into InfluxDB.

The listing doesn't make it clear, but it actually supports configuring "custom" weather services, so this proved to be extremely straight forward so was largely just a case of building something to receive and parse the writes.

This post details how I did that and, in theory, how you can too (in principle, it should work with any of their weather stations)

Setting the weather station up on the network was actually pretty straight forward. You plug the gateway in (it's powered via a male USB-A connector, which is a little unusual), which stands up a Wi-Fi network. You connect onto that and then hit the device's web interface to provide it with details for your wifi 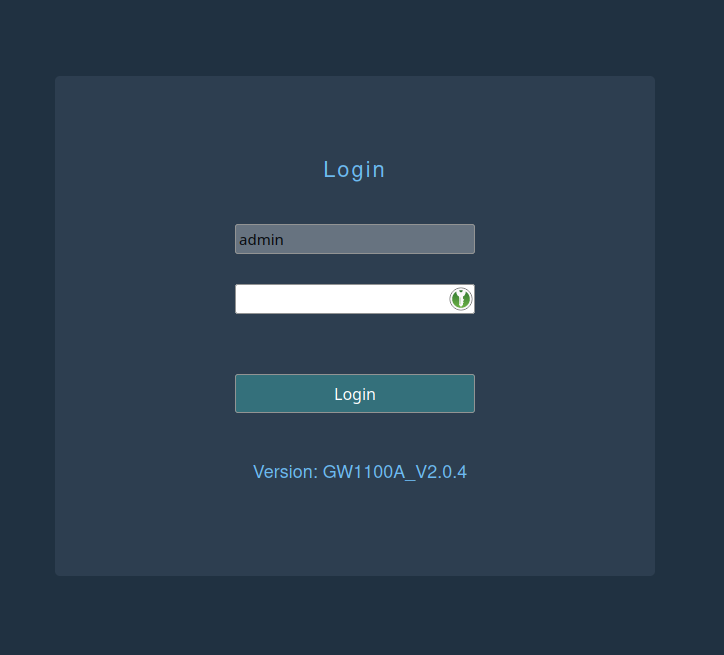 Receiving and processing the write

EcoWitt's protocol is just a form-encoded POST, so we can quite trivially use Flask to receive and operate on it

The weather station reports in imperial units (the settings in the gateway's web interface do not change this, only how it's displayed on screen), so we need to convert some of the readings to use more modern units.

But the code is otherwise very straight forward. Ultimately, it opens a connection to InfluxDB and writes the data in

You can see the full (slightly more refined) code at https://github.com/bentasker/ecowitt_to_influxdb/blob/master/app/ecowitt.py

Writing onto the Met Office

We're going to do a quick time jump here - I implemented this bit after everything else, but it doesn't make sense to have readers tear down the server just to enable this.

The Met Office's Weather Observations Website (WOW) accepts input from weather stations, so we can also have the handler write on to them.

If you don't want this enabled, just skip this section as it's off by default

There are a lot of fields but only those with a * are mandatory. You should set an Authentication key though (just enter a random string and keep a note of it). 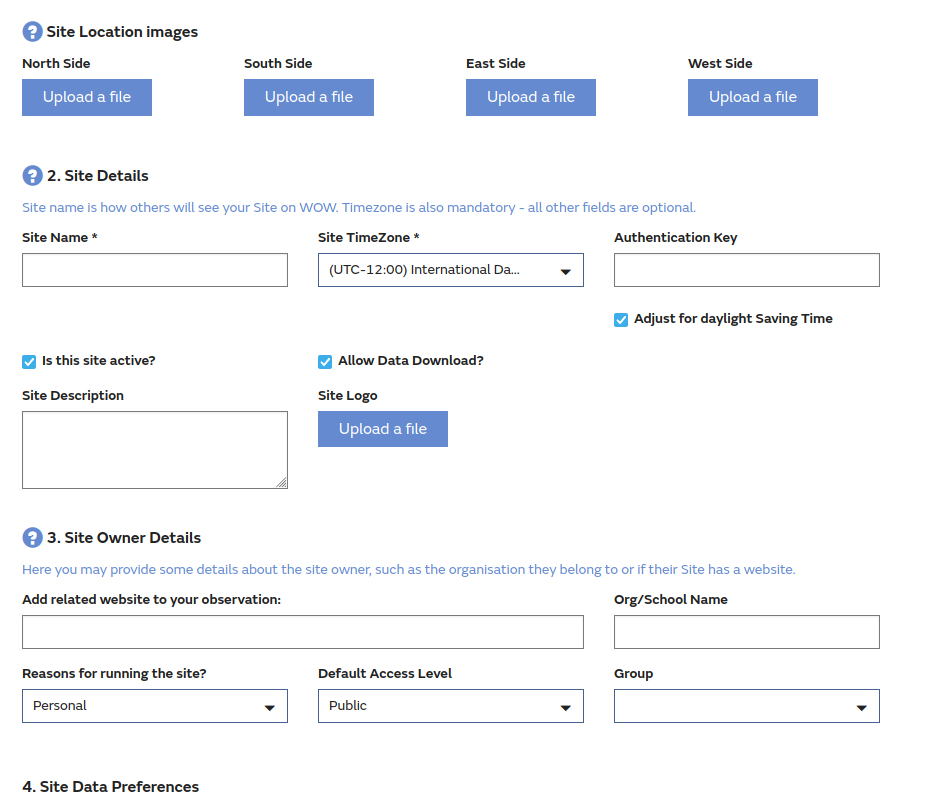 Work through the Site Data Preferences section and set the following

The slightly odd mix of units is because those are the units that the api docs said to use (I guess the overrides were added after).

Once you've saved that, you should be shown your site, including it's ID (the UUID looking thing just below the map).

The Met Office's API documentation requests that observations are only written once every 5 minutes, so only requests received in a 5th minute will be written onwards (this is controlled by MET_OFFICE_UPDATE_INTERVAL).

Remember to include the WOW variables from above if you want to enable Met Office WOW support.

This stands up a container listening on tcp/8090 which will write data onwards into an InfluxDB instance at http://myinfluxinstance:8086

Although it's possible to configure the Ecowitt gateway to communicate directly with this image, I prefer most comms to go via a centralised point - my Nginx server - so I created a reverse proxy on there 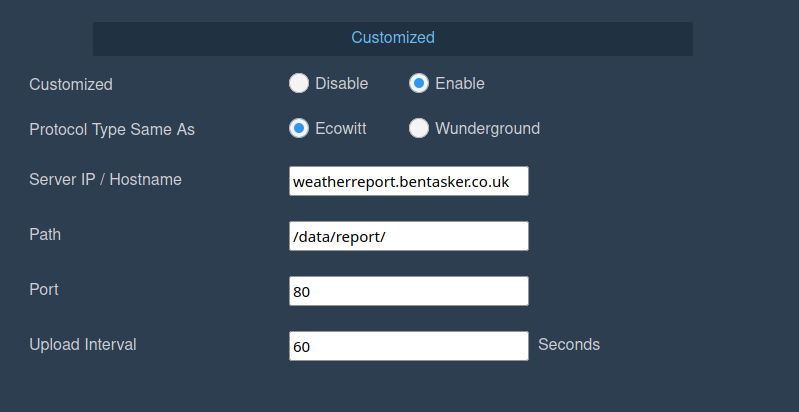 With that, the data started coming in 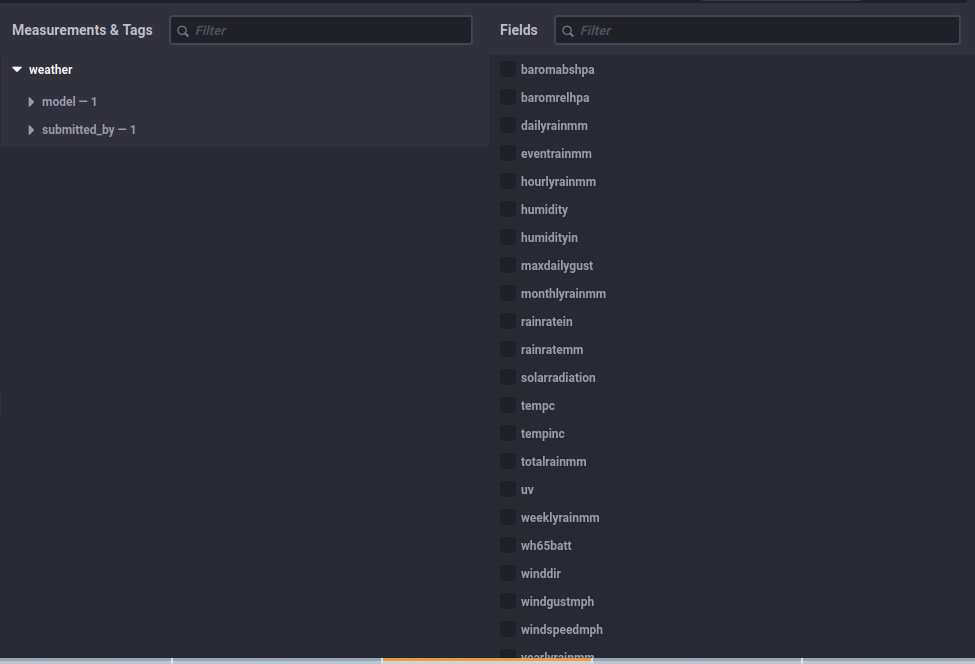 There are quite a number of fields:

Which can now be graphed and gauged out 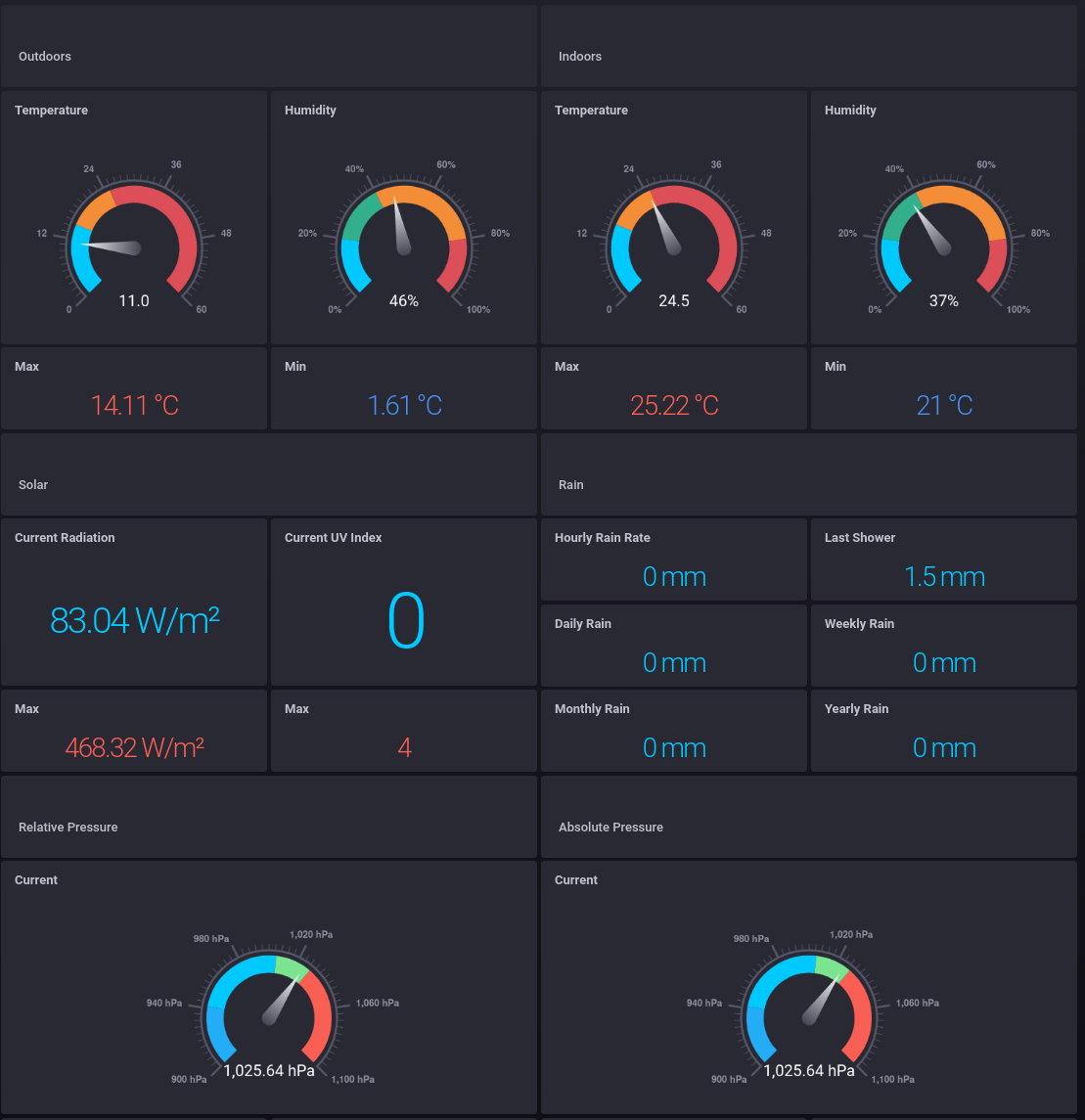 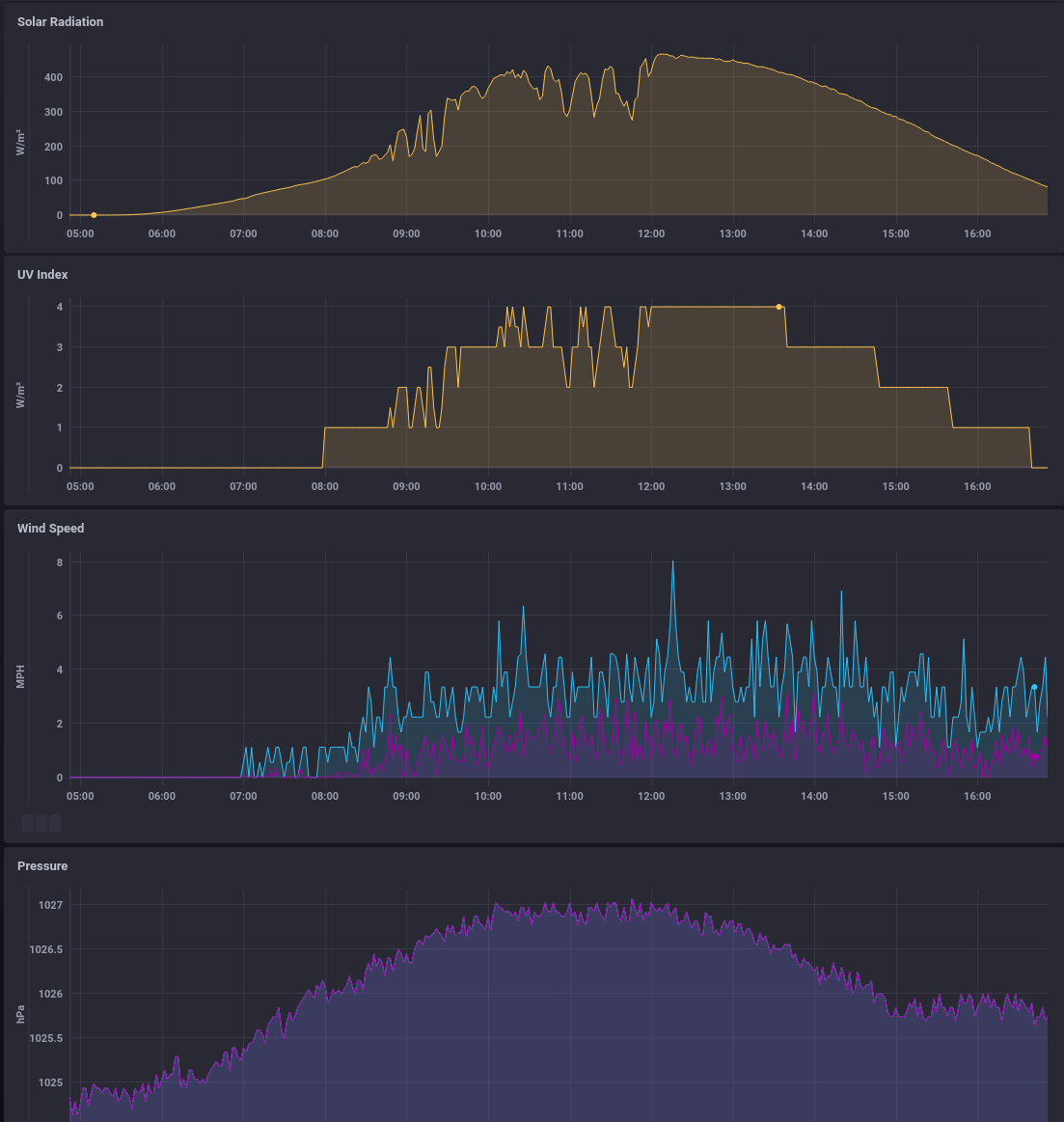 I probably won't care about 1 minute granularities for more than about a week, so the other thing to do is to downsample into another retention policy (or bucket, depending on your Influx version).

I do this with a Flux Task in Kapacitor

It's a little more complex than other downsampling tasks - I don't just want to calculate the average of each period, I also want to capture minimum and maximum observed values (because they're useful for things like "max observed temperature").

That's set live with a simple

I was looking forward to the weather station turning up, but if I'm honest, it has been a little anti-climactic. It's pretty well designed and easy to integrate against, so hasn't really been much sport.

Still, the data's flowing which is what really matters - as well as building a locally explorable data-set, I'm able to contribute onwards to the Met Office's observations.