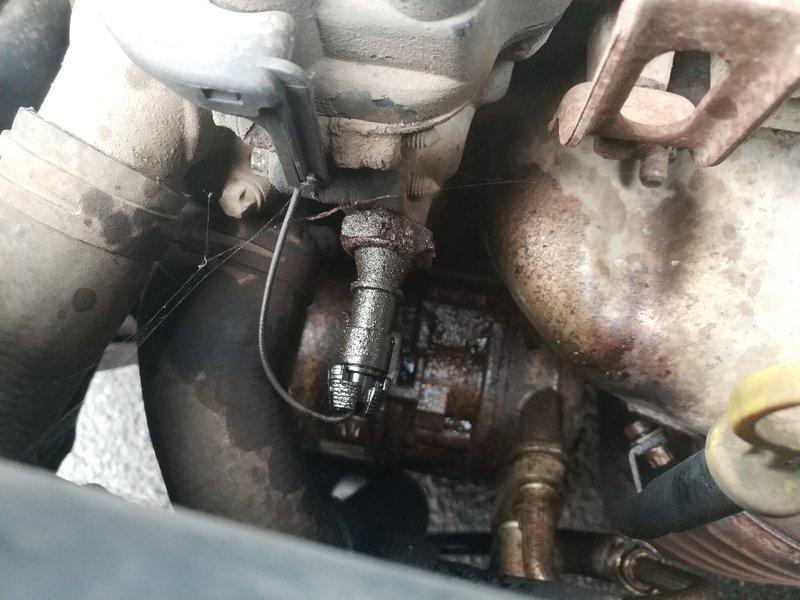 A new switch can be as little as £5. However,  I ordered a slightly more expensive (£10 at time of writing) Febi Bilstein one for a couple of reasons

For the sake of £5 it seemed better not to risk an unknown brand.

You'll find you pressure switch on the top left of your block, most likely (as pictured) with signs of the oil leakage all around it.

As manky as the fitting may look, the other side of the switch is wet, so you won't need too much force to get it undone - resist the temptation to put a deep socket on it, it's not worth risking ruining the threads.

The connector has a clip on it - it's not visible in the picture because it's on the underside of the switch, but it's fairly sizeable, you should easily be able to undo it by feel alone - just lift the clip away from the switch slightly and the connector will slide off.

Use your ring spanner, or adjustable spanner to turn the switch anti-clockwise (also known as left-loosey) slightly.

Once you've got it moving, you should be able to twiddle it undone with your fingers

When it comes out, you'll probably find that it's fairly gunked, with oil in the section the connector had been inhabiting 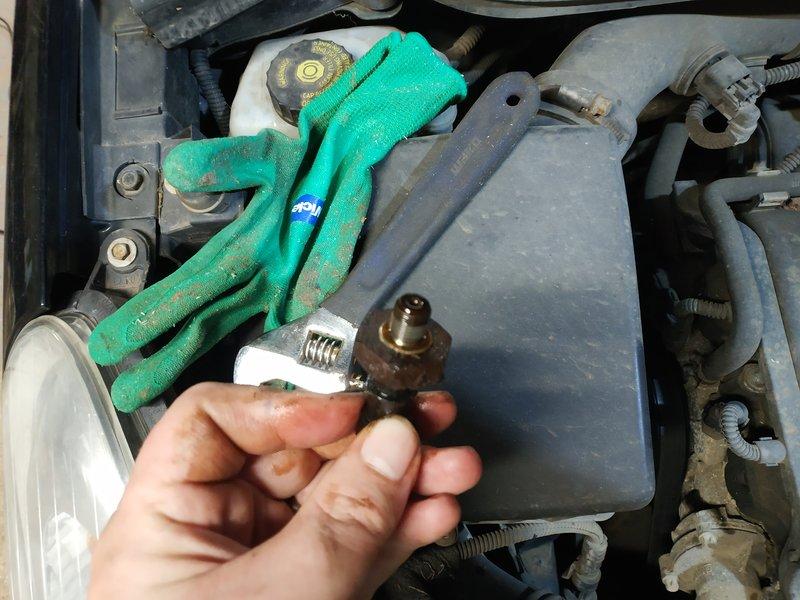 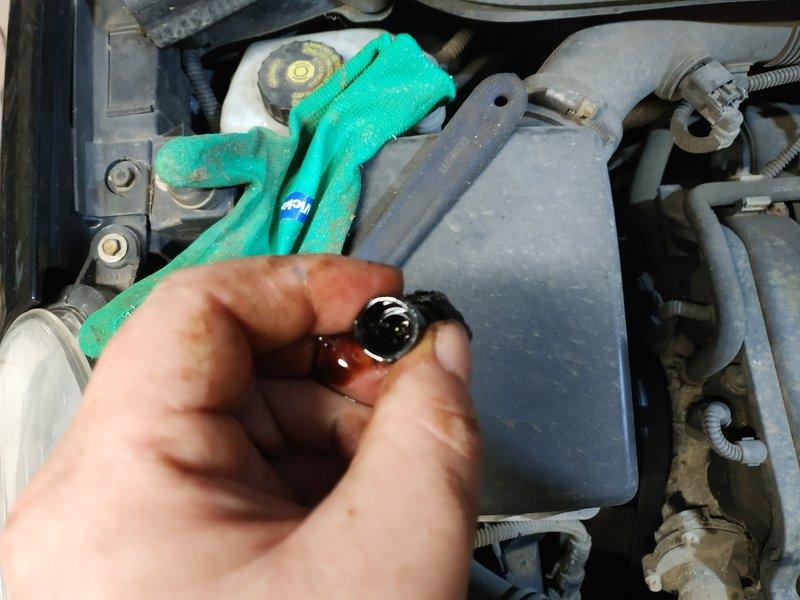 The connector itself will probably also be quite well coated with oil, use some kitchen oil or rag to clean it. 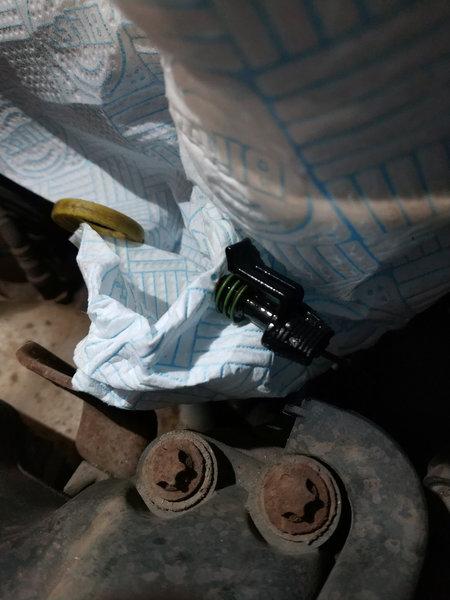 Resist the temptation to use anything like brake cleaner to help clean - whilst it'll lift the oil away, the residue it leaves will also attack the insulation of the wiring, weakening it over time. Short of replacing the loom, or paying Vauxhall for an expensive loom cleaning, there's very little you can do about any oil that's already made it into the wiring harness.

Remove your new switch from it's box, and carefully screw it into place - be patient and extremely careful not to cross-thread it - stripping threads will lead to needing some expensive work to get your car moving again.

Once the switch is finger-tight, use your spanner to tighten it by about another 1/2 turn - you obviously don't want it to be able to vibrate itself back out. 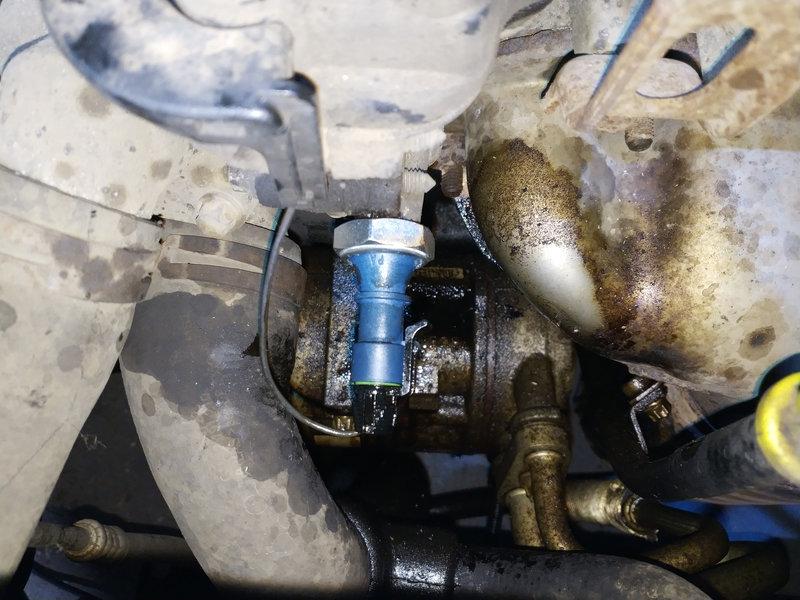 To finish up, you'll need to do some or all of the following

Once those tasks are done, you need to let the engine run until it warms up to normal running temperature and visually check for any signs of leaking around the switch (and of course, the filter housing if you did a full change). Then turn the engine off, let the car sit for 5 minutes and then check the oil level on the dipstick - top up as necessary,