First step is to get the case off the back of the tablet. Use the spudger to achieve this. The easiest way to get started is to hold the tablet in one hand, and push the spudger down into the top (between the black back and the silver bezel) and then twist it slightly 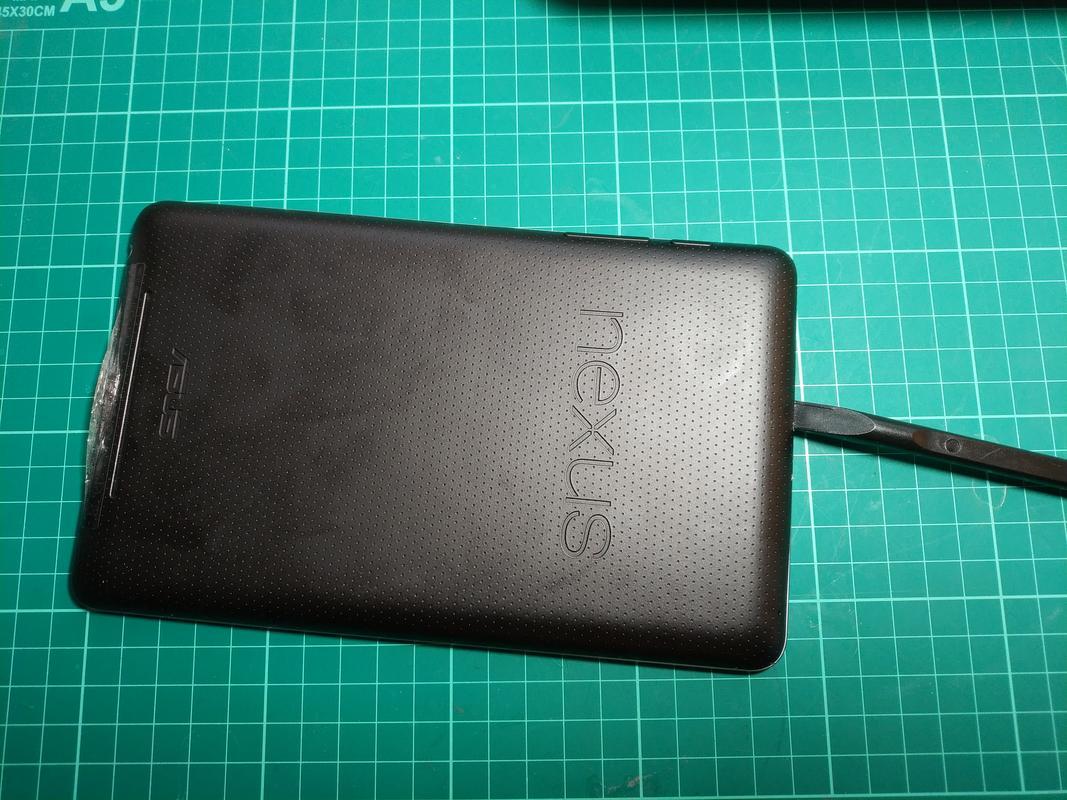 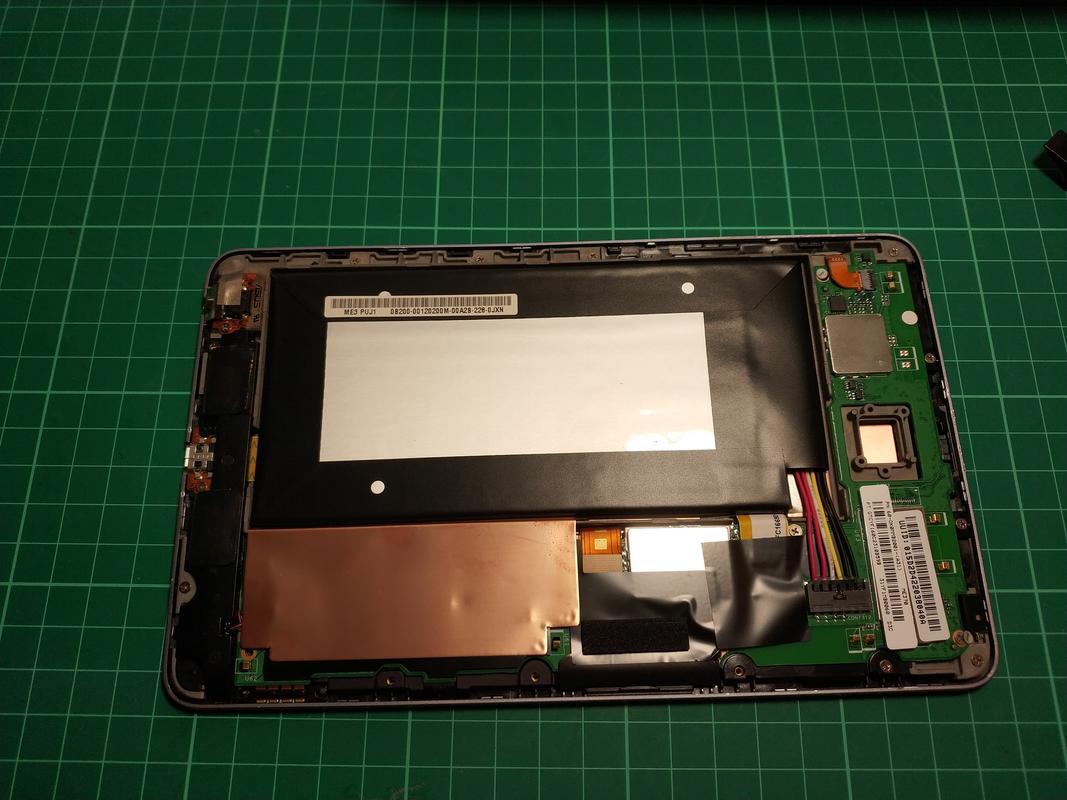 Next, we need to disconnect the battery, there's a main feed and a ribbon cable (which may not actually need disconnecting, but I'd prefer to err on the side of caution). Although I don't in the video below, disconnect the black connector first! 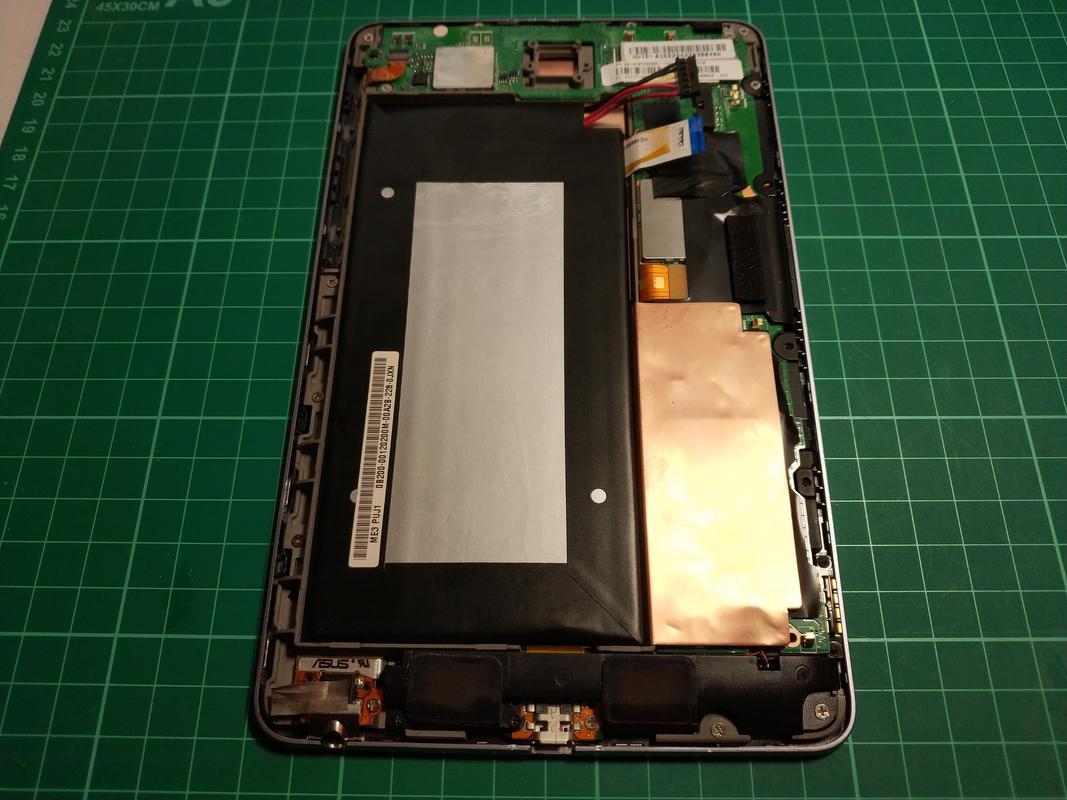 Next we need to unscrew the speaker bar and charger port board. These are the screws along the bottom of the tablet (there's also a screw hiding under the silver tape on the headphone socket 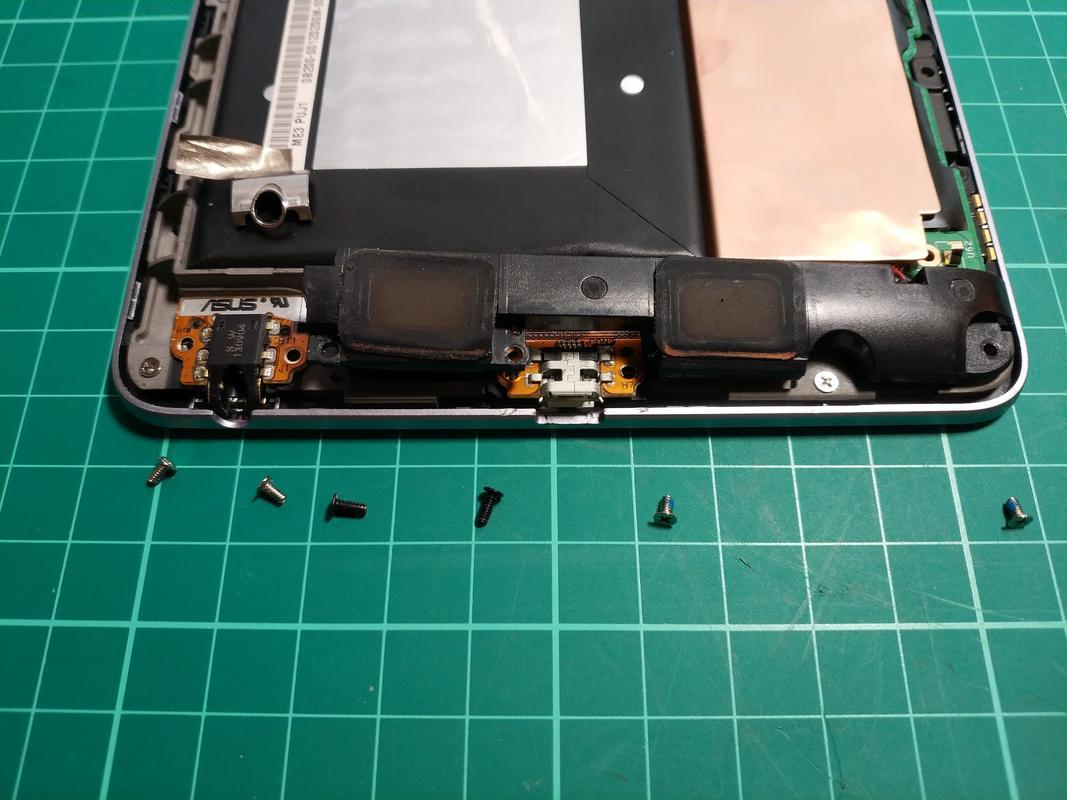 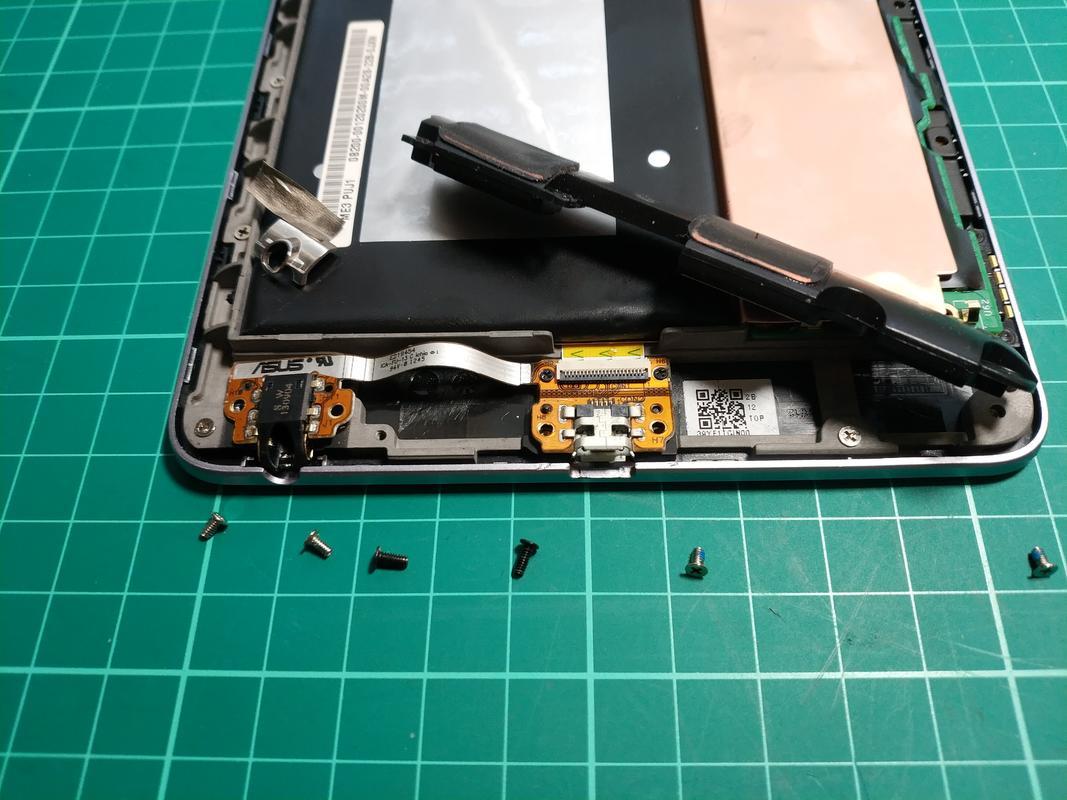 Once you've moved the speaker board, you'll see two little screws at the top of the charger board, these also need to be removed 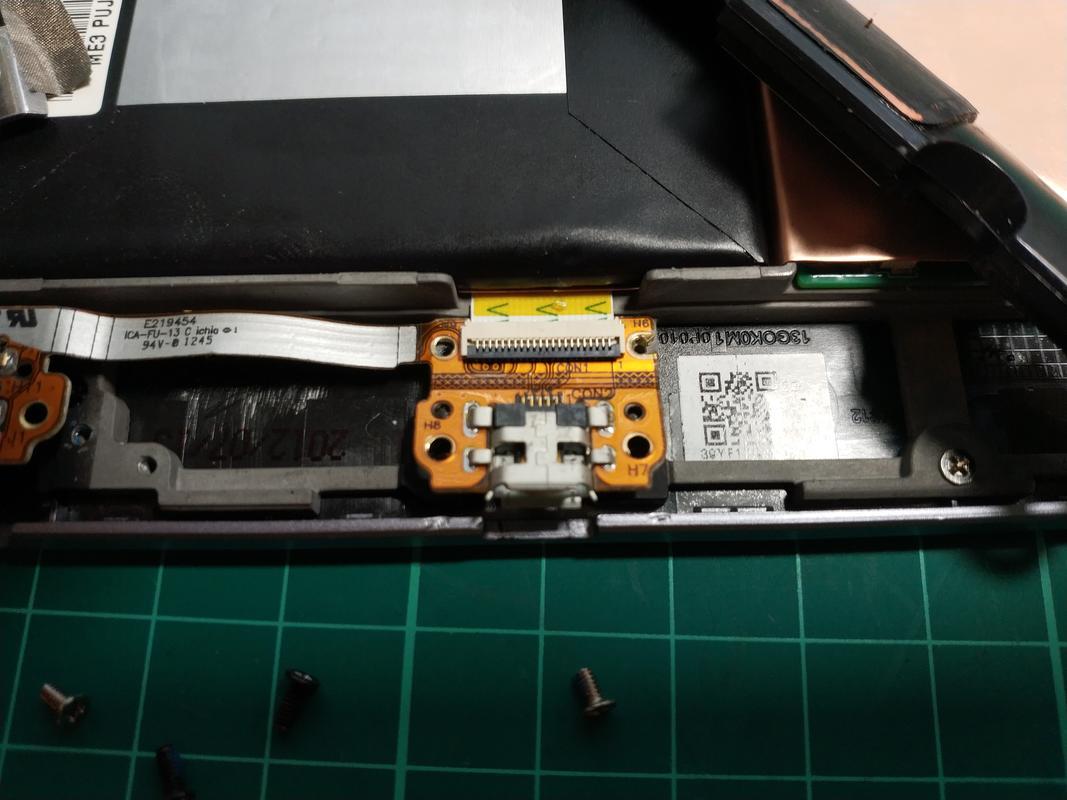 Put the new board in, reconnect the ribbon and replace all screws. Remember to transfer the silver tape and silver cover from the old headphone port to the new 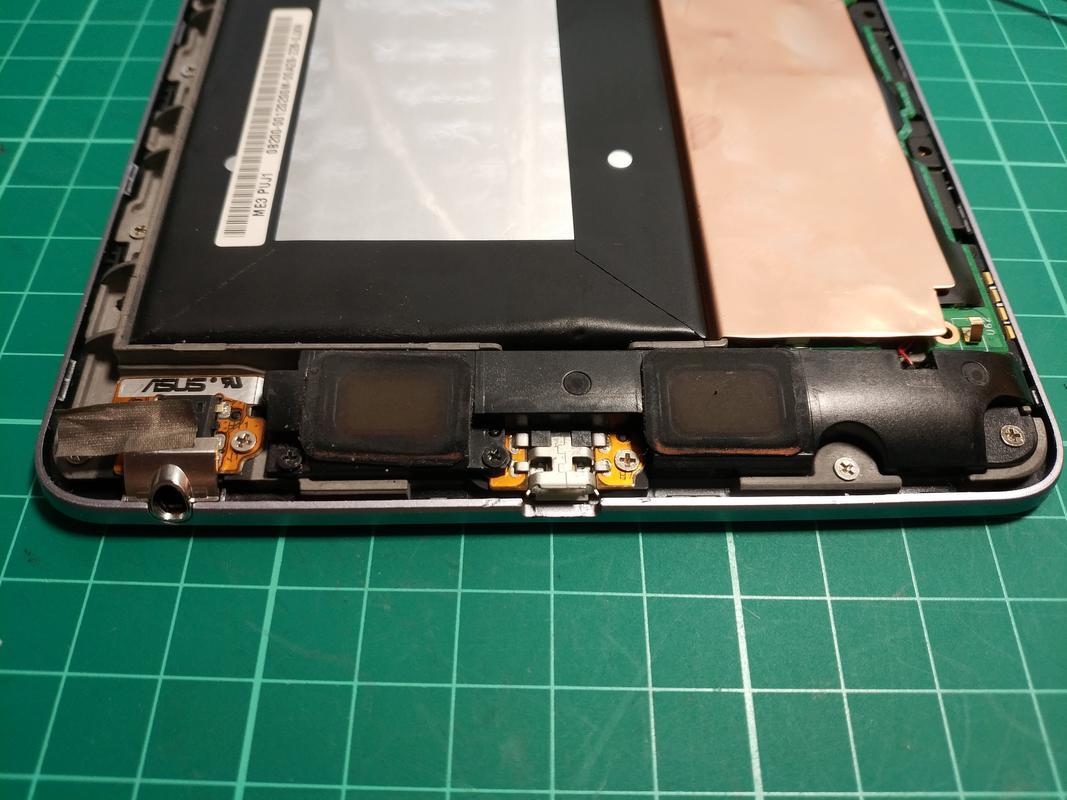 At this point, there's an opportunity to do a little bit of preventative maintenance. The covers on the speakers wear away over time, eventually exposing the speaker wiring and causing shorts. Whilst they're accessible, it's worth putting some electrical tape around the edge to prevent that from occurring 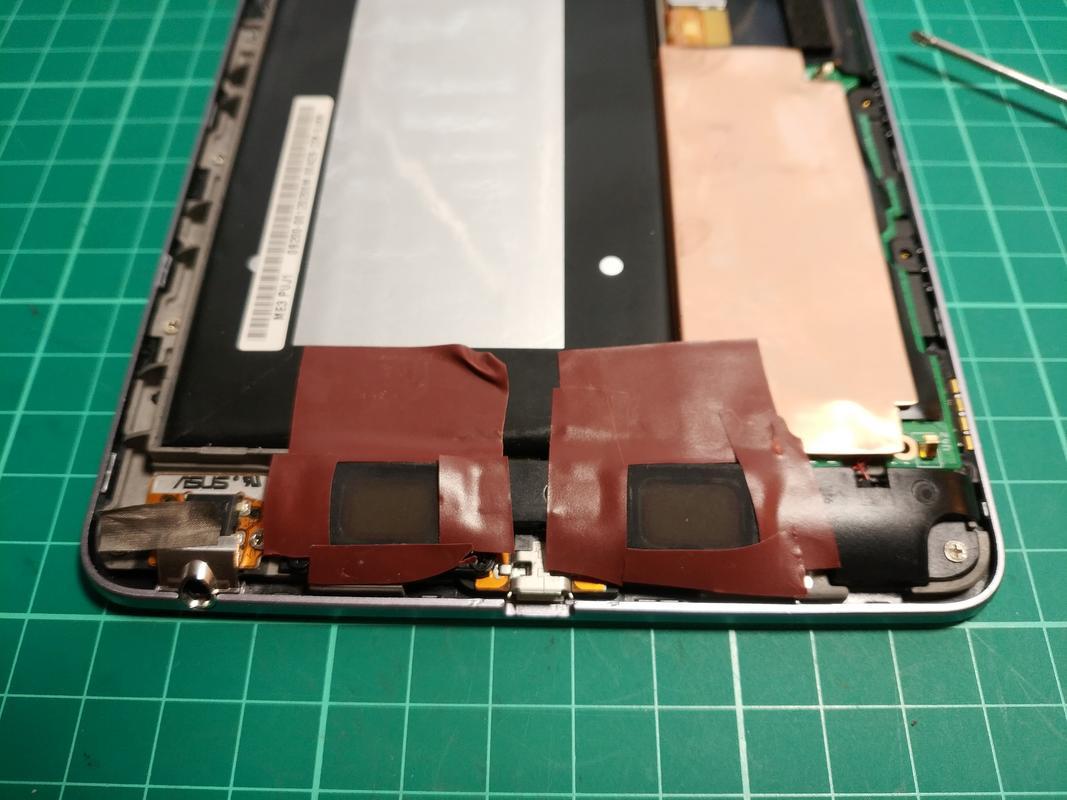 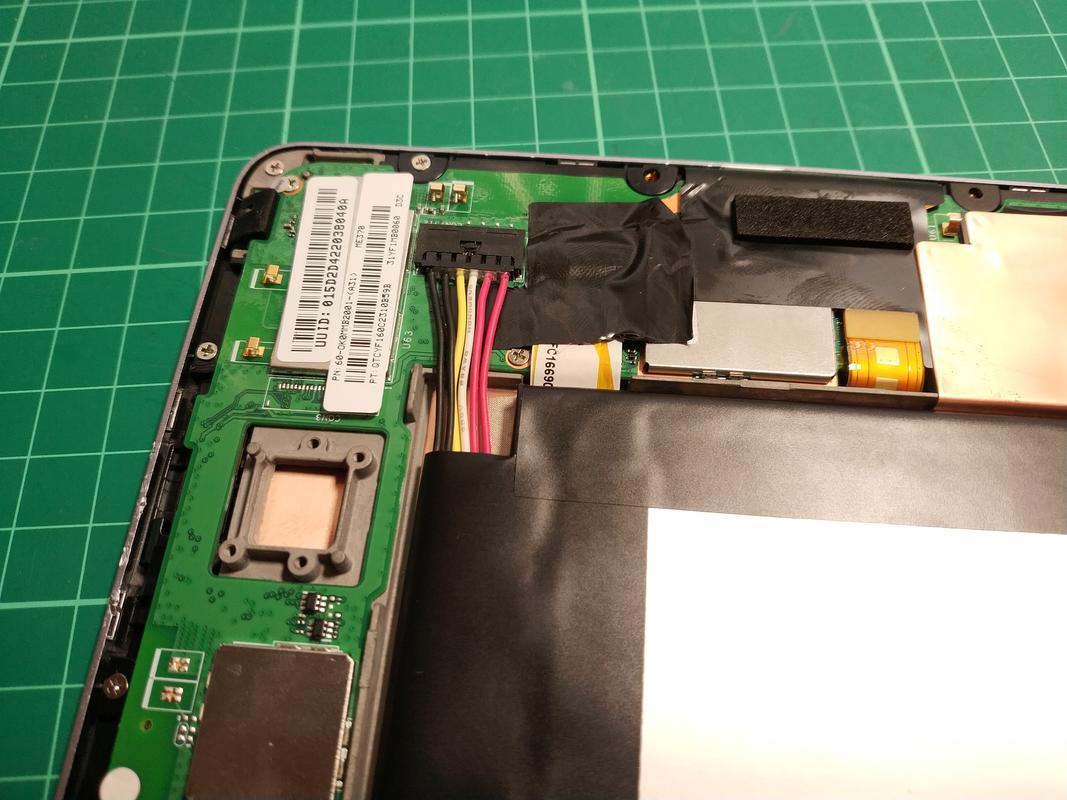 And press the case back on 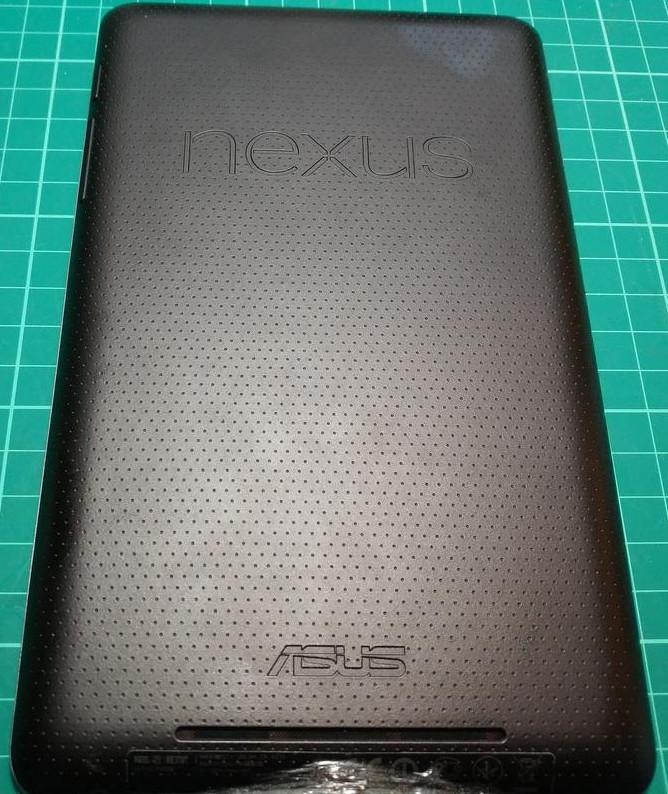 You're done and can now plug your table in to charge.

If, however, the battery had gone completely dead before you got chance to do this, it may take some time for the tablet to actually light up (or power on) - just long enough, in fact, for you to start worrying you killed the tablet whilst working on it. Let it charge for at least 20 minutes, and then hold the power button in for a count of 10 seconds.

When it comes up, you should now see the familiar charging symbol 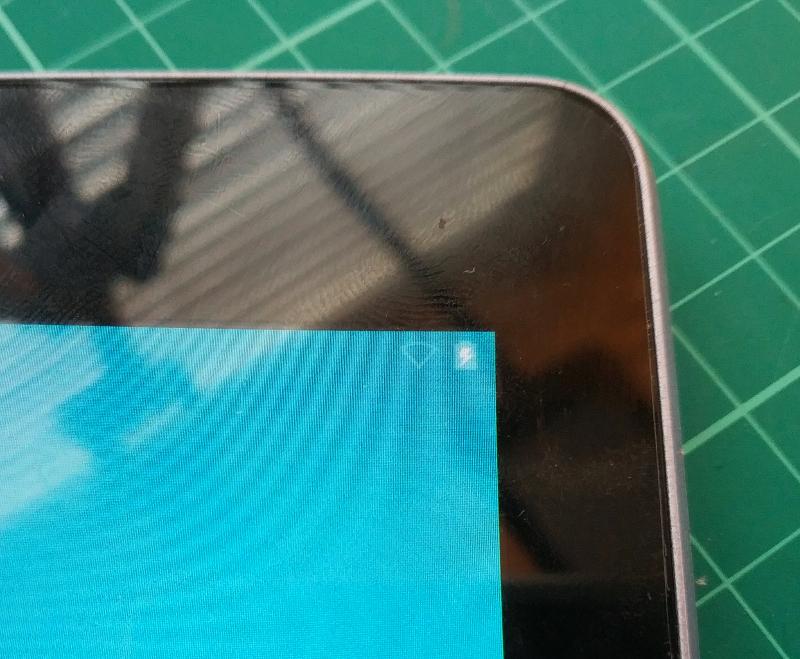 Note: Although I do it first in the video, you should really disconnect the battery ribbon cable after the larger connector to reduce risk of zapping anything