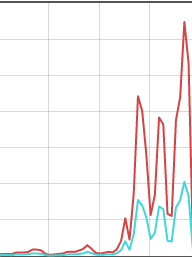 My site has supported using V3 Onions at the transport layer for quite some time, having implemented Alt-Svc headers to allow Tor to be used opportunistically back in October 2018.

What I hadn't got around to, until now, was actually support direct access via a V3 hostname. I'd put a reasonable amount of effort into generating a personalised V2 address, and making sure it was documented/well used.

However, V2 Onions have been deprecated, and will start generating warnings in a month. Total discontinuation of V2 support is scheduled for July 15th 2021.

So, I figured I should get V3 support up and running, and have today launched the service.

Bentasker.co.uk has been multihomed on Tor and the WWW for over 5 years now.

Over that time, things have changed slightly - at first, although the site was multi-homed, the means of discovery really was limited to noticing the "Browse via Tor" link in the privacy bar on the right hand side of your screen (unless you're on a mobile device...).

When Tor Browser pulled in Firefox's changes to implement support for RFC 7838 Alt-Svc headers, I added support for that too. Since that change, quite a number of Tor Browser Bundle users have connected to me via Onion Services without even knowing they had that additional protection (and were no longer using exit bandwidth).

The real benefit of the Alt-Svc method, other than it being transparent, is that your browser will receive and validate the SSL cert for my site - the user will know they're hitting the correct endpoint, rather than some imposter wrapper site.

Which brings us to today.

For reasons I won't go into here, recently I was taking a quick look over the "Cynet 360" agent, essentialy an endpoint protection mechanism used as part of Cynet's "Autonomous Breach protection Platform".

Which is all well and good, but what I was interested in was whether it could potentially weaken the security posture of whatever system it was installed on.

I'm a Linux bod, so the only bit I was interested in, or looked at, was the Linux server installer.