Monitoring our electricity usage with InfluxDB 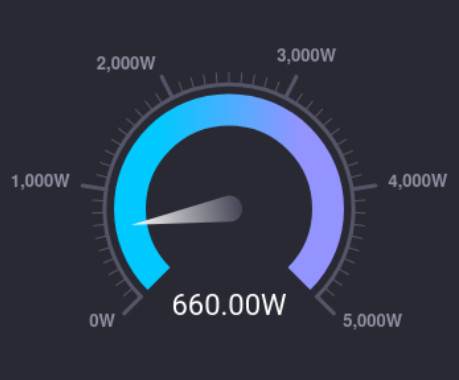 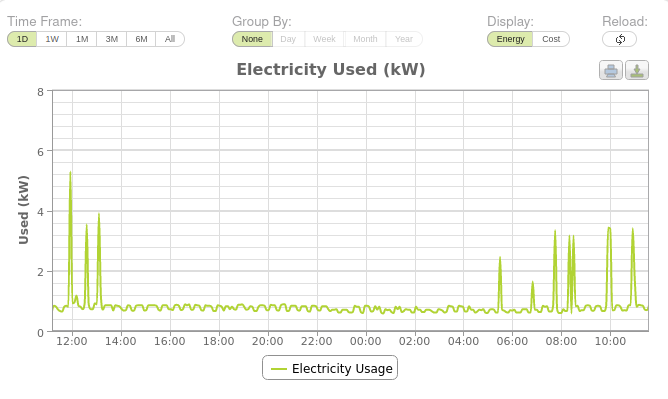 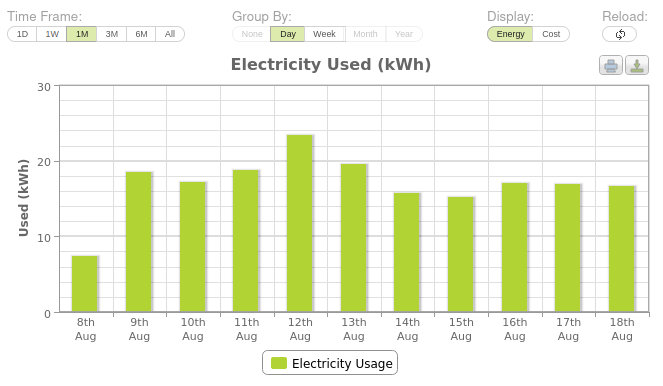 The aim was to build a system that would

I've hinted at another requirement above too - my purchase of the meter clamp was heavily influenced by the fact it supported local metering.

Although you could build a solution that relied on probing the cloud-service provider's API, I will always prefer kit that can be handled locally. If nothing else, it means I don't get gaps in my graphs if the net goes down. As we'll see further down, this also heavily influenced my choice of smart-plugs when implementing plug-socket level monitoring.

Collecting the data is only one part of the equation, it's got to be sent somewhere. Enter InfluxDB.

InfluxDB is a time-series database - that is a database optimised to store metrics/events that are timestamped. That's pretty much ideal for my needs, as we're almost always going to be interested in usage over time.

The first thing that's needed is to configure the OWL device to start sending UDP packets somewhere we can receive and process them - that has to be done through their cloud service. 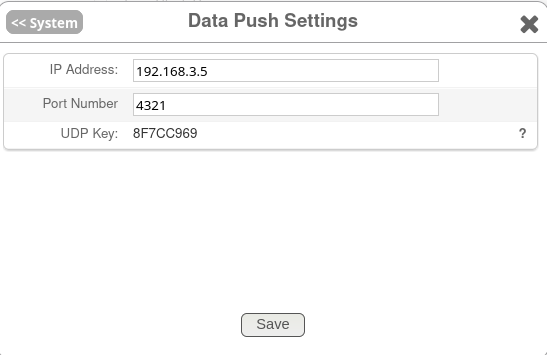 The payload of the packets are just XML:

Side note for those wondering: despite the lack of XML declaration, it is valid XML. The declaration is optional in XML 1.0.

We can quite trivially capture and parse it with Python.

Having captured the data, the next thing to do is to get this data into InfluxDB.

Initially, to keep things easy, I started off with a free InfluxDB Cloud account.

Interacting with it via Python just means installing the library:

Then we can create a connection and write data to it

This creates a point, adds our fields to it, then writes it out to the DB.

Data is the visible within Influx's cloud

With the data available, it would just be a case of setting up graphing and alerting.

However, I embarked on this as much as a learning exercise as wanting to monitor our power usage (and I like things local), so I also wanted to send data to an on-net InfluxDB instance

With that, my InfluxDB and Chronograf instances were up and running, so I just needed to extend my power-collection script to also send to the local InfluxDB instance

I then went about building some dashboards/graphing, but I'll circle back around to those at the end.

One of the things I mentioned at the outset of this, was a desire to be able to monitor usage on specific plug outlets. To achieve that, we obviously need a device plugged into those sockets, so I ordered a couple of TP-Link Kasa KP115's.

Again, a key point in my decision was that they can be controlled locally rather than having to rely on a cloud-service.

I plugged one into our tumble dryer, and another into the outlet I use on my desk (in convenient reach for testing)

There's a python library to communicate with these devices, so once they were set up on the Wi-Fi, it really was very simple to start collecting usage data from them and submit into InfluxDB (Cloud and local)

(Yes, it could have been DRYer).

You can see in the comments above that I did encounter a minor issue. I blocked the plugs from accessing the outside world to prevent them from updating their firmware (TP-Link have previously disabled local control). But it seems they rely on NTP to set whatever clock is used for emeter_today and so need to be able to reach ntp.pool.org (they use whatever DNS your DHCP gives out, so just allowing UDP 123 out is sufficient to resolve).

A quick run of the script, and data appeared in InfluxDB.

I've talked a bit about the scripts I created to collect and submit data, but they're no real use if you need to manually trigger them.

The Kasa plugs script, I configured as a cron job, to run every minute:

The power meter collect script, though, needs to run as a service - it's awaiting packets sent from elsewhere. So, I threw together a quick SystemD unit file for it:

Then it was as simple as

Being able to interrogate the data is fairly important (otherwise I could just use one of those dumb displays), so graphing is essential.

In Chronograf I created a dashboard graphing out various metrics. Creating graphs is pretty straightforward, so I won't go into too much depth, but for simple stuff you can use the wizard to create either Flux:

You can also, of course, write your own.

Ultimately, the result is a dashboard full of graphs 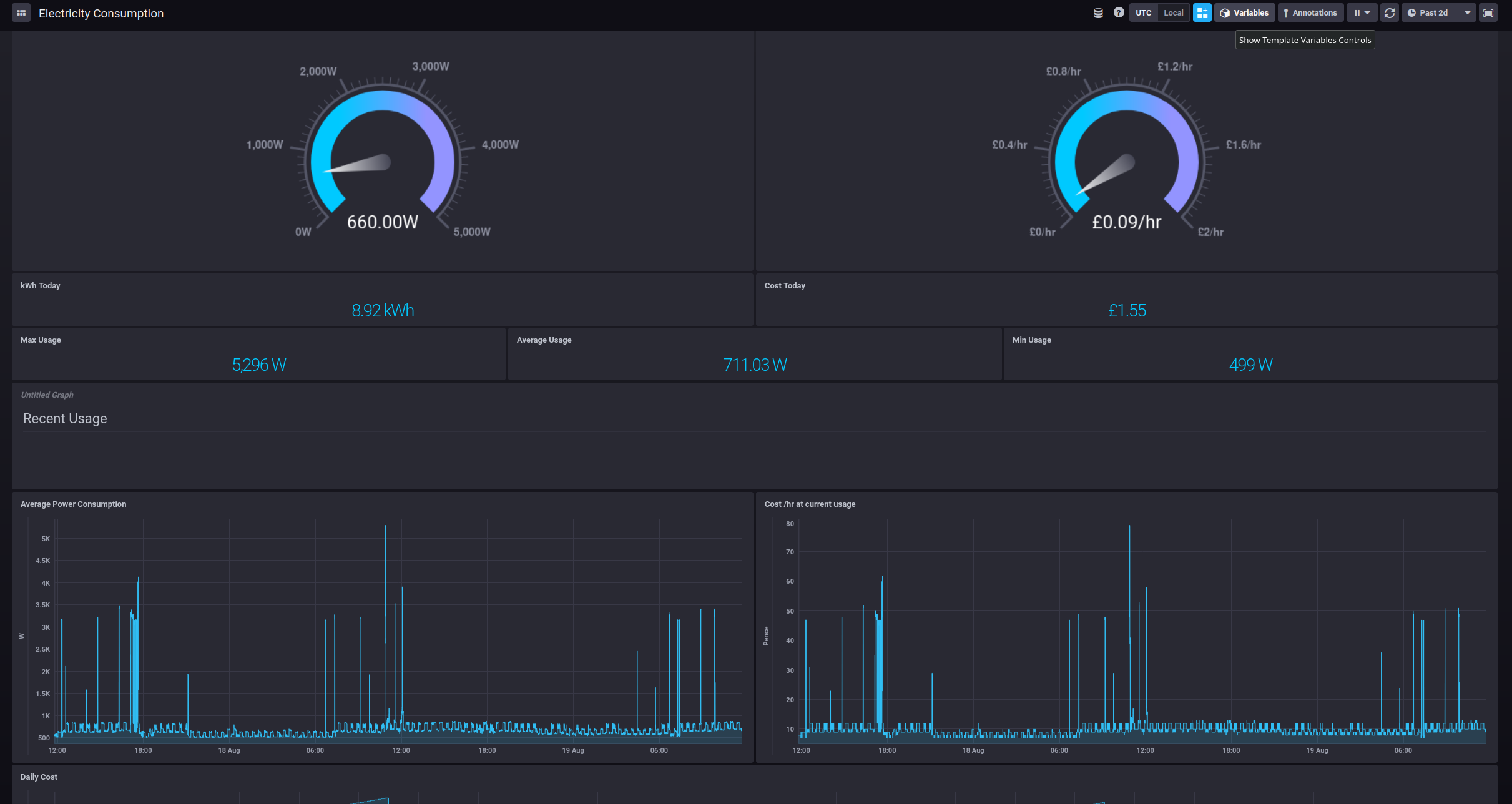 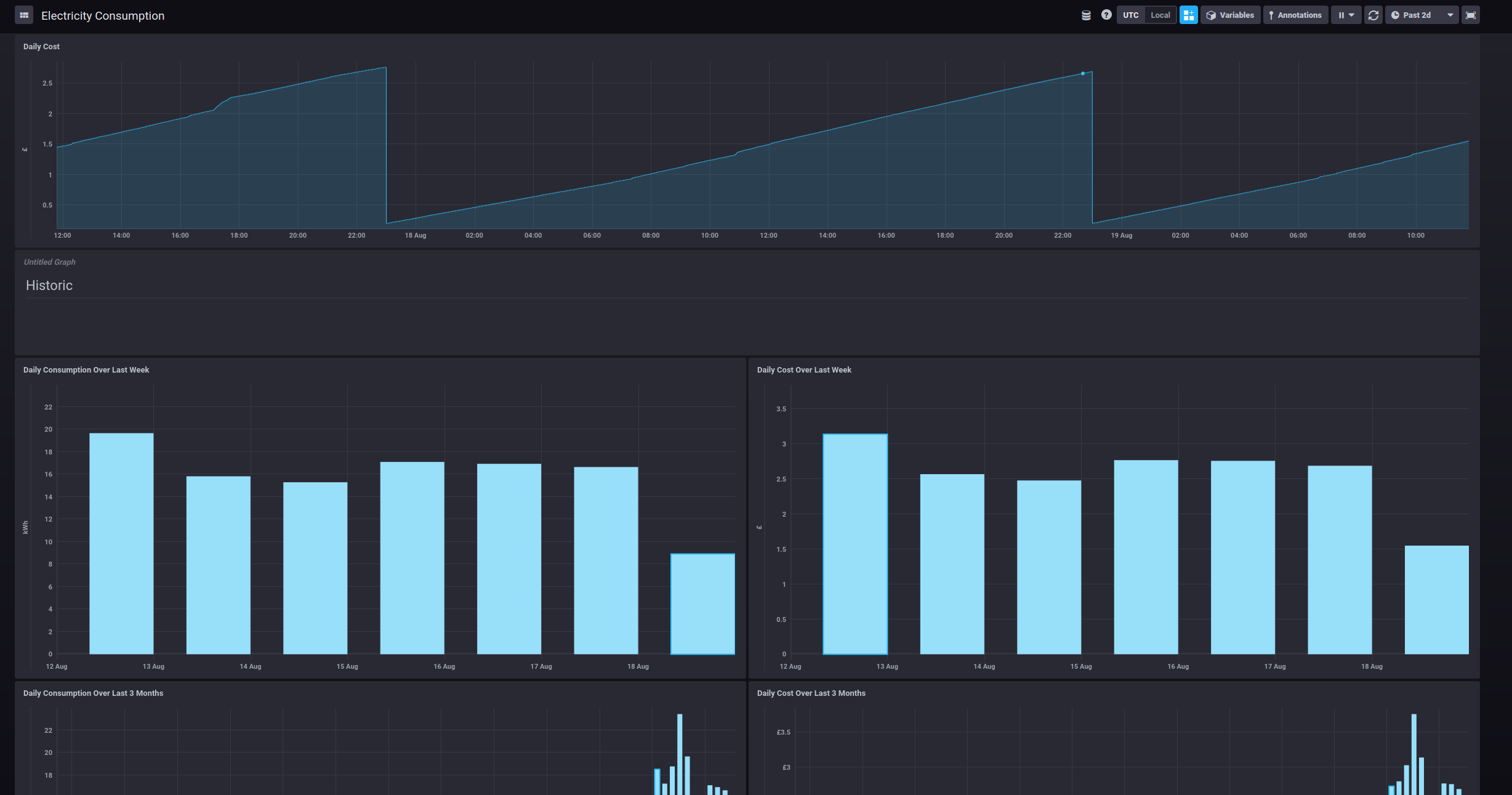 This, of course, made me quite sad as I was now able to see what we were spending on electricity.

Importantly, though, because you can drill down to interrogate the data, it starts becoming possible to see where increased usage is occurring - even just by looking at the shape of the costings graph

The Daily cost graph is actually quite a useful indicator in it's own right - we can see that (odd jumps aside) it grows reasonably linearly - so most of our bill relates to our (relatively) stable base load, rather than being because someone's leaving something high-consumption on for extended periods.

We can also view similar information for each of the Kasa plugs: 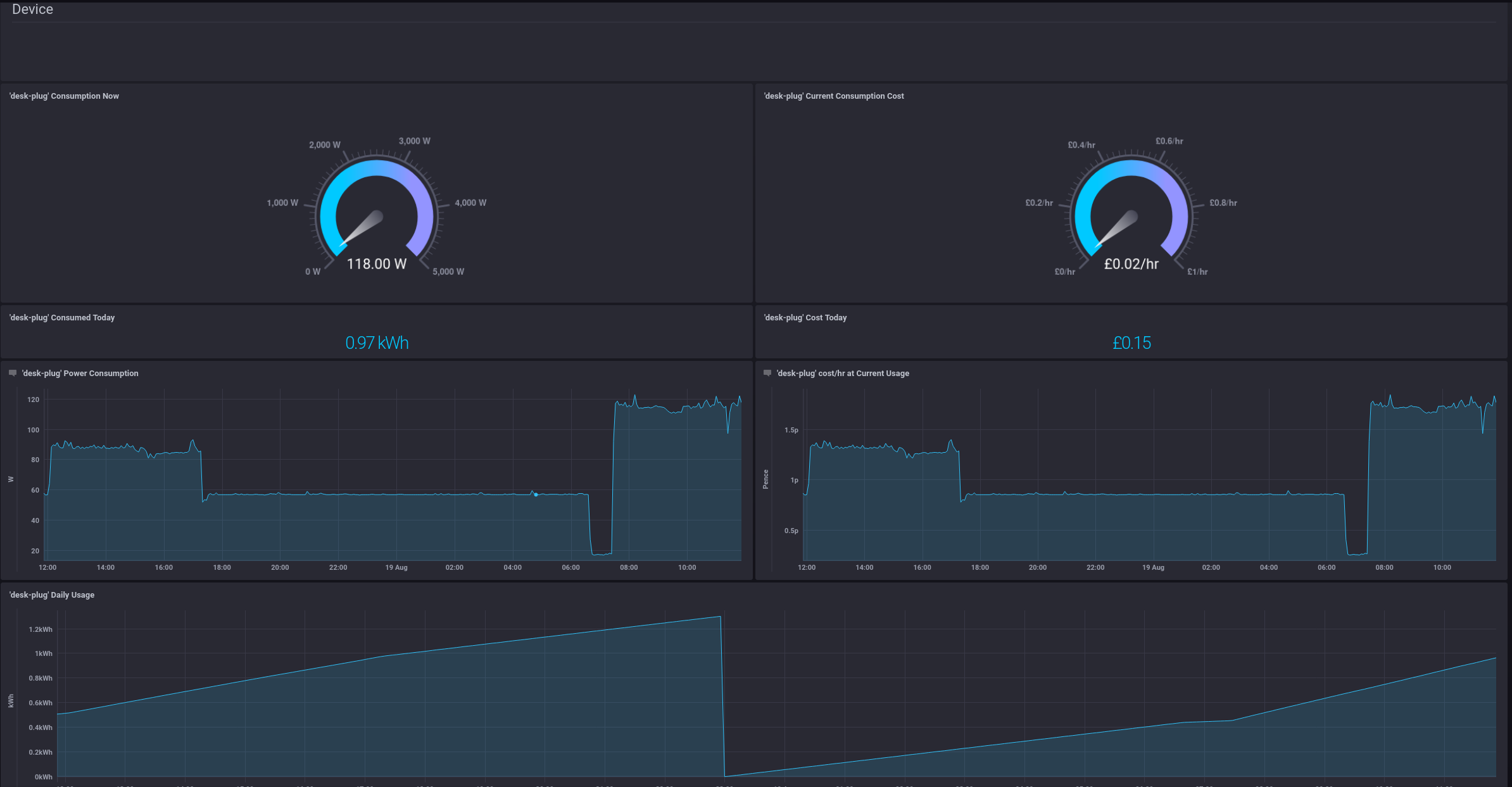 I've not delved too far into this yet, but one of the other things I wanted was alerting based on data trends. For that, we need Kapacitor

Linking it into Chronograf is just a case of going to Configuration in the web panel.

An obvious starting point (at least to me) was to send an email when the Tumble dryer had finished. There's some basic SMTP config you need to do in capacitor's config file, but it's well documented elsewhere, so I'll skip that

To effect the monitoring, I created a TICK script:

This simply monitors the average consumption of the tumble dryer - it checks every minute if the 5 minute average is over 200 watts. If it is, then we can be pretty sure it's on.

The reason for the averaging is because of the tumble dryer's behaviour - it pauses periodically (I assume to let the condenser cool back down), so you get a rash of alerts if you act immediately upon a drop in power.

I've not fully finished designing this mentally, but a likely future step will be to use the HTTPPost node to talk directly to HomeAssistant and trigger automations there.

There's still some tweaking to be done, particularly in terms of deciding what else I want to alert on, but I've (quite easily) built a mechanism for monitoring our power usage. The real challenge really is going to be reducing that base load to get our bills down.

There is, potentially, some other pain down the road though. Unfortunately, OWL have designed their product so that access to their cloud is an ongoing requirement - when it comes time to change the batteries in the clamp meter, it'll need to be re-paired with the base station, which can only be triggered via their cloud interface. You get 2 years free access when you purchase the device, so it's a little way off, but at some point I may have to pay them just so that I can change a battery.

I haven't felt the need, yet, but it has also occurred to me that - at some point - I might want the convenience of an IHD. I should be able to quite easily achieve that by adding a tab to my Rasperry Pi based music kiosk to display the relevant Chronograf dashboard.