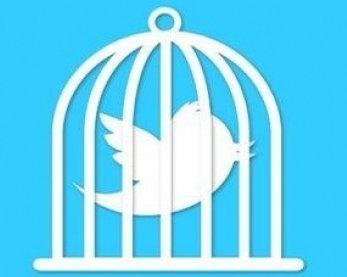 This post was originally published to Freedom4All, a copy of the original can be found here.

Paul Chambers was due to fly to Ireland to meet a girl and, in frustration, posted the following on his Twitter Account

Crap! Robin Hood airport is closed. You’ve got a week and a bit to get your shit together, otherwise I’m blowing the airport sky high!

This post was noticed by an off-duty airport worker. Despite the airport never considering the message a credible threat, the Airport was duty bound to pass the intelligence onto the authorities (whether by Policy or by statute isn’t entirely clear at this point). Paul was arrested at work a week later, contributing to the loss of his Finance Supervisor Job.

The case proceeded to Magistrates court, where Paul initially entered a guilty plea but changed his plea in March. He was found guilty of sending a threatening message under the UK Communications Act 2003. He had claimed that it was ‘innocuous hyperbole’ but was ordered to pay a fine of £385, costs of £600 and a £15 victims surcharge.

Paul has received widespread support (although some inevitably have denounced him as an idiot who got what he deserved) including from Stephen Fry. Mr Fry even offered to pay the fine on Pauls behalf. It is this widespread support that has allowed an appeal to be launched – Paul's supporters started a fund to pay for it.Some have commented that the prosecution was a waste of taxpayers money, whilst this is probably true, it is not this which concerns us here at Freedom4All

Whilst Pauls comment was misguided, it is not worthy of prosecution. Unfortunately, the incident is part of a worrying trend in the United Kingdom. Civil Liberties are slowly being removed, with the justification often being to protect from Terrorists or Paedophiles. This particular case (if upheld at appeal) will have a severe effect on the individuals right to free speech.

Paul posted a message on the Internet, with no expectation that anyone at Robin Hood Airport would ever see it. Pauls Twitter history shows that he is something of a joker, so it should have been clear with even cursory investigation that this was not a credible threat. Indeed, the airport decided that it was not, so why did the case proceed to prosecution? Certainly, a due diligence investigation would have been needed by Special Branch to ensure it truly wasn’t a credible threat, but the prosecution highlights either a severe failure of process or a desire to make an example out of an innocent bystander.

Paul was not prosecuted under Anti-Terror laws, so it’s clear that there was no belief that he may pose a threat. The message was not sent to the airport, yet the Magistrate ruled that simply posting it on the Internet was sufficient.

Given that Magistrates are unpaid volunteers, often with no legal training (District Magistrates are different however), why did the Magistrate feel he was qualified to make a decision on such a fine point of law?

The whole affair has had a very negative effect on Pauls life, as mentioned he has lost his job because of it, and it may well be that even if acquitted, he’s unable to work in certain roles again ( CRB Checks were to change under Labour, there’s been no announcement by the Coalition that this may change). The prosecution amounts to a prosecution for Paul exercising his right to free speech, which is clearly a very worrying development.

It’s also noteworthy that a similar case is currently underway, although it unfortunately has reporting restrictions so details are sparse. It is known that it will decide whether a 1 to 1 conversation – i.e. via MSN or Skype – over the Internet (which many would consider a private conversation) constitutes publishing as defined by the Obscene Publications Act. If the court rules that it does constitute publishing, it will have severe implications for Free Speech within the United Kingdom. We will provide more information as soon as the restrictions on reporting are lifted.

Everyone here at Freedom4All wishes Paul the very best of luck with his upcoming Appeal.